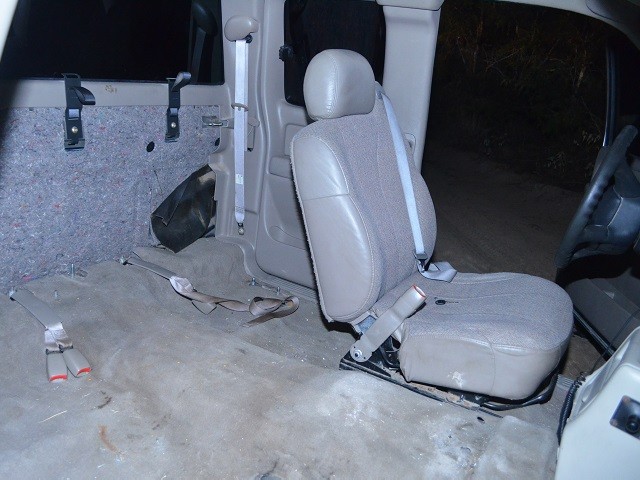 Laredo Sector Border Patrol agents witnesses a human smuggler crash a pickup truck loaded with 16 migrants through a rancher’s gate and into a fence. Fortunately, no one was injured in the crash.

Laredo Sector agents patrolling near Hebbronville, Texas, observed a pickup truck loaded with a group of migrants traveling on FM 649. As the agents began to follow, the driver made a sharp turn and crashed through a ranch gate, according to Laredo Sector Border Patrol officials.

The agents pursued the vehicle into the ranch and found it after the driver crashed into a fence. The agents witnessed a large number of people bailing out following the crash, officials stated.

The agents conducted a search of the area and eventually apprehended 16 people. During the immigration interviews, agents determined that the migrants came to the U.S. from El Salvador, Guatemala, and Honduras.

Following their apprehension, Border Patrol agents determined none of the migrants sustained injuries in the crash.

The agents transported the migrants to the Border Patrol station for processing on immigration violations.

Officials did not indicate if the driver of the vehicle was apprehended.