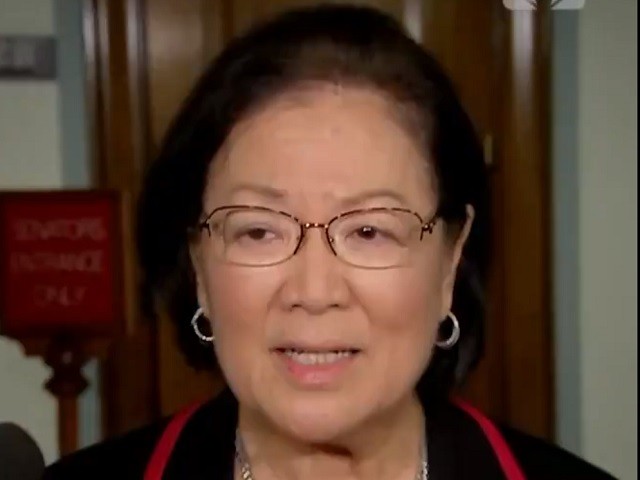 TAPPER: The “Wall Street Journal” editorial board wrote a piece about the presumption of guilt, they say. They quoted you directly to argue that a core tenet of American law is not being applied to Kavanaugh. They write, quote, “The Democratic standard for sexual assault allegations is, they should be accepted as true merely for having been made. The accuser is assumed to be telling the truth because the accuser is a woman. The burden is on Mr. Kavanaugh to prove his innocence. This turns American justice and due process upside down. What’s your response?

HIRONO: If “The Wall Street Journal” really cares about due process, I would say that they should care that there is no independent investigation of these allegations. I think that this kind of attitude is what makes it really difficult for victims and survivors of these kinds of traumatic events to even come forward. You know, we don’t seem to have come very far from the Anita Hill days. But, as I said, for “The Wall Street Journal” to come out and talk to us about, talk to me about due process, or all the women out there that I’m hearing about who never came forward, it is really important, not only for these survivors to be heard, but if their stories are credible, as Dr. Ford’s story is, they need to be believed.

TAPPER: So, four people said to be at the party Ford described have denied knowledge of the incident, Brett Kavanaugh, obviously, Mark Judge, who she says was in the room, P.J. Smith, and even Ford’s longtime friend Leland Keyser. So there hasn’t been a law enforcement investigation, but there are these statements from the four people she remembers being there who don’t remember the incident or don’t even remember being at the party in question, according to her friend Leland Keyser, who says she believes her…

TAPPER: … but doesn’t have any memory of it.

TAPPER: Doesn’t Kavanaugh have the same presumption of innocence as anyone else in America?

HIRONO: I put his denial in the context of everything that I know about him in terms of how he approaches his cases. As I said, his credibility is already very questionable in my mind and in the minds of a lot of my fellow Judiciary Committee members, the Democrats. So he comes, and — when I say that he’s very outcome-driven, he has an ideological agenda, is very outcome-driven. And I can sit here and talk to you about some of the cases that exemplifies his, in my view, inability to be fair in the cases that come before him. This is a person that is going to be sitting on our Supreme Court, making decisions that will impact women’s reproductive choice. He has a — he very much is against women’s reproductive choice.

HIRONO: And I can tell you two very important cases in which he applied the same standard, but came to totally different results to make it much harder for women to get this kind of coverage. So there’s — there are so many indications of his own lack of credibility. And I put that in a context.

HIRONO: Well, without — this is why it is so important that there be at least an investigation, so that there’s some effort at collaboration. And we think that there was a lot of drinking going on. As far as the friend, his friend Mark Judge, not even testifying, that is astounding to me. He was right there in that room. He refuses to testify.