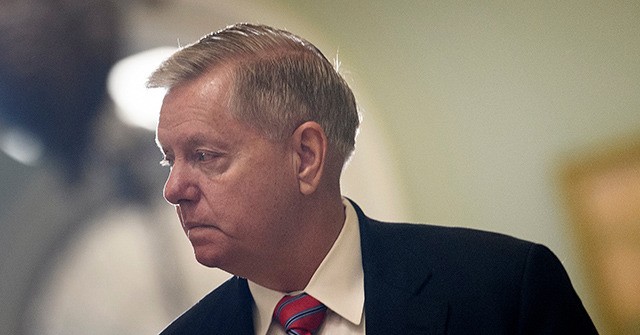 Graham said Democrats could not deny a quorum in either committee or on the floor.

“We have to have 51 of our people, and we can do anything we like on the floor,” he explained. “I need all of the Republicans together in the committee, and I can do anything I like. What I’d prefer to do is follow the rules, and we have. Traditionally, you have four days of hearings, introduction the first day, questioning day two and three, outside panels day four, begin the markup. But we have the ability if Democrats want to try to boycott the hearing or deny us a quorum to process the nomination. And Mitch McConnell’s a master at doing this kind of stuff. My job with my — I can’t thank my colleagues enough. Ted Cruz was excellent.”

“You talk about the fifth vote?” Graham continued. “We’re one vote away from losing our 2nd Amendment rights, of being able to have free speech. He gave a great example of why one more liberal judge would change America as we know it. But Marsha Blackburn talked about what it’s like to be a conservative woman. Our committee has done just a heck of a job. Ben Sasse has been great. So we’re going to deliver this nominee to the floor, I think, with wind to her back.”