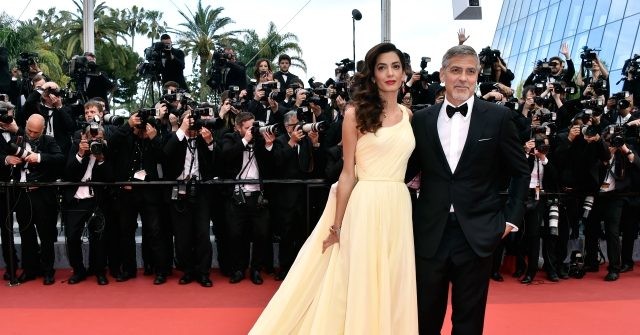 Hollywood actor George Clooney reacted to the police involved death of George Floyd in an opinion-editorial, declaring  that “anti-black racism” is America’s pandemic. “It infects all of us, and in 400 years we’ve yet to find a vaccine.”

George Clooney wrote on Monday in the Daily Beast:

The anger and the frustration we see playing out once again in our streets is just a reminder of how little we’ve grown as a country from our original sin of slavery. The fact that we aren’t actually buying and selling other human beings anymore is not a badge of honor. We need systemic change in our law enforcement and in our criminal justice system. We need policymakers and politicians that reflect basic fairness to all of their citizens equally. Not leaders that stoke hatred and violence as if the idea of shooting looters could ever be anything less than a racial dog whistle. Bull Connor was more subtle.

This is our pandemic. It infects all of us, and in 400 years we’ve yet to find a vaccine. It seems we’ve stopped even looking for one and we just try to treat the wound on an individual basis.

The Money Monster and Ocean’s 13 actor concluded his op-ed with a plea for readers to vote in the upcoming presidential election in November.

Clooney is the latest A-lister to weigh in on Floyd’s death as other celebrities such as Ariana Grande, Jamie Foxx, Ariana, and John Cusack have taken to the streets to protest alongside demonstrators.

Actor and singer Jamie Foxx joined activists in Minneapolis to show support in the wake of Floyd’s death.

“I’m not a celebrity. I’m from Terrell, Texas. These are my brothers. This means everything because at the end of the day, when we see you guys out there on the frontline, we want to let you know that you’ve got support,” Foxx said at a Justice for Floyd rally. “God bless George and his family.”

Jamie Foxx joins social justice advocates in Minneapolis, Minnesota, in solidarity over the death of George Floyd: “All I wanted to do is let you know that we’re not afraid to stand…we’re not afraid of the moment.” https://t.co/elUVBZ8dWy pic.twitter.com/StA6R7mH2u

J. Cole has joined the protest in downtown Fayetteville, NC. So remember all the rappers who were out here donating and supporting when its time to buy albums. pic.twitter.com/OjJWRLFtJy