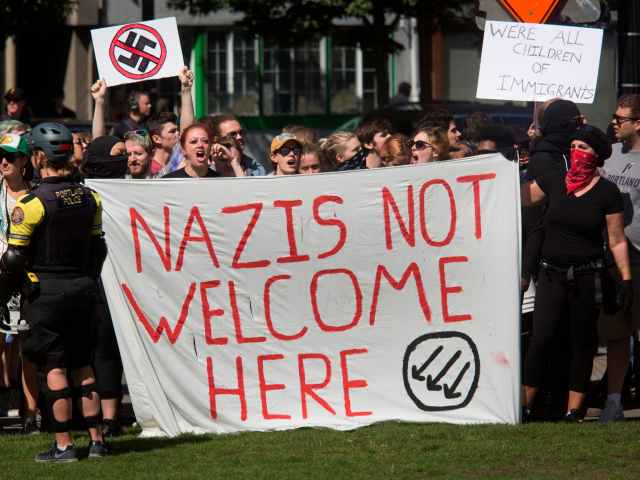 A feminist academic journal published a hoax paper based on Adolph Hitler’s “Mein Kampf” that had been rewritten with feminist buzzwords.

As a part of a wide-ranging hoax against various academic journals, Helen Pluckrose, James Lindsay, and Peter Boghossian submitted a reimagining of Adolph Hitler’s Mein Kampf to a feminist journal for publication. The team of hoaxers submitted a version of Mein Kampf that had been rewritten from the perspective of an intersectional feminist.

The paper, which was titled, “Our Struggle Is My Struggle: Solidarity Feminism as an Intersectional Reply to Neoliberal and Choice Feminism,” received strong praise from its reviewers in academia. “The reviewers are supportive of the work and noted its potential to generate important dialogue for social workers and feminist scholars,” the journal’s co-editor-in-chief said upon first review.

But listen to the paper’s author describe how it was constructed. “The last two thirds of this paper is based upon a rewriting of roughly 3600 words of Chapter 12 of Volume 1 of Mein Kampf, by Adolf Hitler, though it diverges significantly from the original,” the team wrote in a document about the hoaxes. “This chapter is the one in which Hitler lays out in a multi-point plan which we partially reproduced why the Nazi Party is needed and what it requires of its members. The first one third of the paper is our own theoretical framing to make this attempt possible.”

The paper, which argues that feminism should abandon principles of individual choice and agency in favor of a unified fight against female oppression, was accepted by the feminist journal Affilia on August 21, 2018. The journal is currently ranked 24 out of 42 total journals with regards to its overall impact on the field. Additionally, it ranked 29 of 42 with regards to its impact amongst social work journals.

You can watch Pluckrose, Lindsay, and Boghossian explain the purpose of their hoax project in the video below.