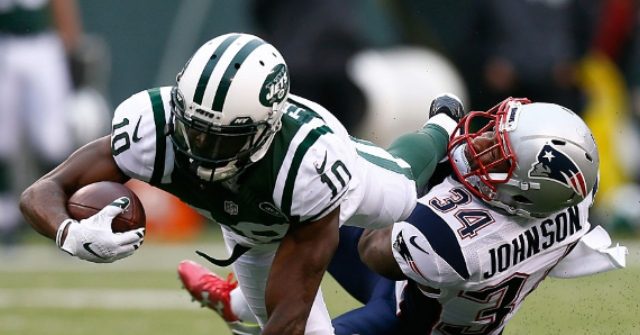 Thompkins is not only accused of taking money earmarked for workers who lost jobs during the coronavirus lockdowns, but he allegedly did so using stolen identities, according to the New York Post.

Thompkins has been charged with aggravated identity theft and access device fraud.

Prosecutors say that Thompkins, who last played in the NFL in 2015, reportedly took $300,000 in relief funds in the form of debit cards. It is also noted that he is seen accessing the cards on surveillance cameras trained on ATMs at several Bank of America outlets in Florida.

Investigators claimed that the “scheme involves approximately $300,000 in California unemployment insurance funds credited to the fraudulent debit cards,” of which he accessed roughly $230,000.

Thompkins could face up to ten years in prison if convicted n all counts.

The Miami-born player, who is cousins with troubled Buccaneers player Antonio Brown, first signed with the New England Patriots as an undrafted free agent in 2013. He then drifted to three other teams over the next three years. He last played in 2018 for the Winnipeg Blue Bombers in the CFL.