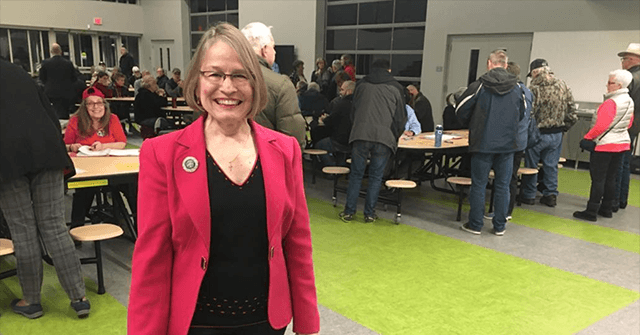 Rep. Rodney Davis (R-IL), the ranking member of the House Committee on Administration, told Committee Chair Zoe Lofgren (D-CA) in a letter obtained by Breitbart News that she and other committee Democrats are trying to “steal” Iowa’s second congressional district from Rep. Mariannette Miller-Meeks (R-IA).

Hart, the Democrat who ran against now Rep. Mariannette Miller-Meeks (R-IA), is asking the House Administration Committee to overturn the election results. Miller-Meeks won Iowa’s second congressional district by six votes, although Hart has argued that 22 ballots deemed illegitimate should have been counted.

Last week, Lofgren announced changes to how Hart’s challenge to the election results would run, which Rodney argued in his letter to Lofgren skews towards Hart’s challenge over Miller-Meeks.

Davis, in a letter wrote to Lofgren last week and obtained by Breitbart News, noted that the Democrats:

The only conceivable reason for the majority’s effort to speed up this election contest is that it has already decided to steal the seat from the people of Iowa and their chosen representative and give it to Ms. Hart In fact, that conclusion is undeniable from the majority’s draft. Iowa’s free and fair election and recount procedures are the only procedures that matter here—and those procedures confirmed that Congresswoman Miller-Meeks is the winner. Ms. Hart, as the contestant, bears the demanding burden to show that this Committee should overturn that result.

“Once again, the majority is proving that its goal is to let Ms. Hart’s lawyers dictate a roadmap that leads to only one destination: the majority overturning Iowa’s free and fair election of Congresswoman Miller-Meeks,” Davis added.

Despite the Democrats looking for continual evidence that Hart won, Davis wrote that “Congresswoman MillerMeeks has won in every count and recount and been certified as the winner by bipartisan county and statewide boards.”

“The minority hopes that the Democrat majority will live up to its own public commitment to do the same on behalf of the Committee, the Congress, the voters of Iowa, and the American people,” Davis concluded in his letter to Lofgren.