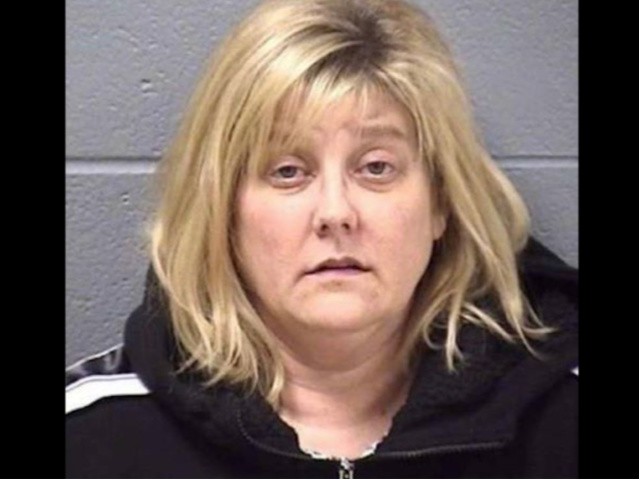 A former Illinois high school teacher accused of sexually abusing a 14-year-old boy had her bail set at $1 million on Thursday.

Dayna Chidester, 50, allegedly engaged in illicit sexual encounters and sent the 14-year-old explicit messages and photos while she worked as a teacher at Reed-Custer High School in Braidwood, Illinois, the Chicago Sun-Times reported.

The boy did not attend the high school where Chidester taught.

Authorities arrested Chidester Thursday and charged her with six counts of aggravated criminal sexual abuse, one count of indecent child solicitation, and one count of unlawful grooming in connection with the alleged illicit relationship.

The state’s attorney’s office said Chidester could go free on $1 million bail if she agreed to stay away from minors outside of her immediate family, not enter school property, and not use the Internet.

Other teachers who have been found guilty of sexually abusing underage victims have been sentenced to hard time for their crimes.

In December 2018, a judge sentenced a Michigan substitute teacher to a minimum of 25 months and a maximum of 15 years behind bars for sexually assaulting her 15-year-old victim and blaming him for her crime.