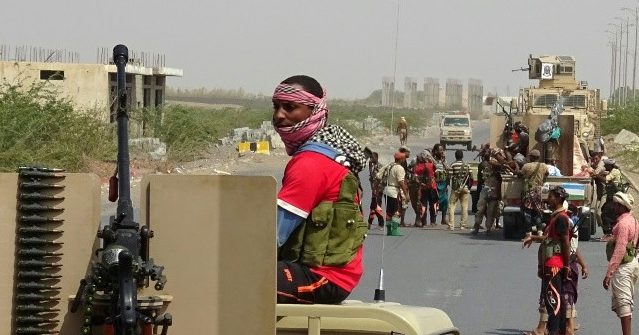 A truce deal between the Saudi Arabia-led Sunni coalition and the Iran-allied Shiite Houthi rebels in the Yemeni port city of Hodeida – considered a lifeline for millions of people at risk of starvation in the world’s worst humanitarian crisis – remains elusive as the war reaches its fourth anniversary on Tuesday.

Al-Qaeda in the Arabian Peninsula (AQAP), one of the international terrorist group’s most potent anti-America wings, still maintains a presence in Yemen and is on track to “resurge,” an expert recently told Breitbart News after testifying before a House panel.

The U.S. and United Arab Emirates (UAE) have periodically targeted AQAP in recent years, but the terrorist group “remains positioned to resurge from [the] setback and benefits from the continuation of the civil war,” Katherine Zimmerman from the conservative American Enterprise Institute (AEI) told the House panel this month.

The Iran-linked Shiite fighters toppled the internationally recognized government of President Abd Rabbo Mansour Hadi in December 2014 and went on to seize most of the areas in northern Yemen in and around the capital, ultimately triggering the ongoing conflict.

On March 26, 2015, a U.S.-assisted alliance mainly led by Saudi Arabia and the UAE entered the Yemen fray against the Houthis and fighters loyal to the late former Yemeni President Abdullah Saleh, on behalf of the Hadi government. Some reports suggest the Houthis have conquered territory inside neighboring Saudi Arabia.

The Sunni coalition’s near single-minded focus to eradicate the Houthis has reportedly allowed AQAP to flourish in Yemen.

Citing several analysts, Gulf News reported Monday that “four years later, there is no end in sight for the conflict mainly due to the world’s failure to put enough pressure on Iran to stop its support for Yemeni Al Houthi extremists.”

Yemen’s conflict — known as the world’s worst humanitarian crisis where civilians are facing insecurity, hunger, and deadly diseases — has already killed at least 10,000 Yemenis, according to the U.N.

Saudi-led coalition fighters and the Houthi rebels exchanged heavy weapons fire overnight into Monday in Hodeida as the United Nations struggled to salvage a truce deal in the key port city that serves as a lifeline in a country that heavily relies on imports for most of its food and supplies.

Despite several attempts, the U.N. has failed to convince the warring parties to pull out of the Hodeida.

Referring to the recent firefights in Hodeida, Reuters noted:

The clashes were the heaviest since the ceasefire went into effect on Dec. 18, residents said, and came as the United Nations announced a deal setting out details of a mutual military withdrawal envisaged by the Stockholm truce accord.

Iran-aligned Houthi forces traded artillery, mortar and rocket salvoes with troops of a Western-backed, Saudi-led coalition late on Sunday and early on Monday, with explosions heard across the Red Sea city, residents said.

In addition to a truce, the Houthis and the Saudi-backed forces loyal to Hadi also agreed in December to a withdrawal from Hodeida, the primary entry point for most of Yemen’s humanitarian aid and commercial imports.

The ceasefire has largely held, despite sporadic clashes that continue as the U.N. scramble to implement the troop withdrawal agreement, a step closer to a broader peace settlement.

Withdrawal from Hodeida is expected to free up access 50,000 tons of World Food Program grain, enough to feed 3.7 million hungry people and reopen other humanitarian corridors.

On Monday, the World Health Organization (WHO) announced that it had recorded 108,889 suspected cases of deadly cholera and 190 associated deaths with the bacterial disease since the start of 2019 alone.

An estimated third of the cholera cases afflicted children under five, WHO noted.

While the Yemen conflict is considered a proxy war between Saudi Arabia and Iran, the Shiite rebels deny affiliation with Tehran.

Earlier this month, the Houthis praised the U.S. Senate vote to end American military support for the Saudi Arabia-led coalition, arguing that United States assistance has prolonged the conflict.

The resolution, seen as a rebuke to U.S. President Donald Trump who has vowed to make it the first veto of his administration, is now heading to the Democrat-led House, which is likely to approve it.

Lawmakers from both parties have expressed skepticism of the United States partnership with Saudi coalition, especially in light of Sunni kingdom’s alleged role in the killing of Washington Post reporter Jamal Khashoggi, an open critic of the royal family.