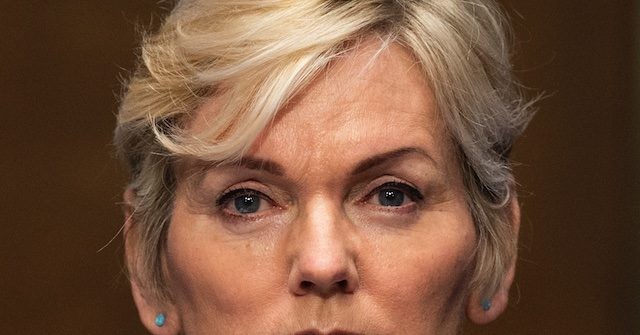 Energy Secretary Jennifer Granholm said Sunday on CNN’s “State of the Union” if Republicans do not compromise on President Joe Biden’s so-called infrastructure package, the Democrats will push it through using the reconciliation process without any Republican votes.

Granholm said, “Well, obviously, the pressure is to have this done in a bipartisan way. Eighty percent of America supports investing in infrastructure.”

She continued, “So the president is very conservatively reaching out to Republicans to say, come to the table. If you don’t like a component of it, tell us how you would do it? What do you want to see in this bill? Honestly, Jake, the vast majority of this bill includes things that Republicans are supporting, like roads and bridges spending, like broadband, like water, like manufacturing supply chains. These are all things that Republicans have actually introduced bills on. So come to the table. We want to make it bipartisan. You know, ultimately, if that doesn’t happen, he is elected to do the job to win the future for America to invest in our future. We hope Republicans can join their constituents across the country, ultimately supporting this effort.”

Granholm said, “Well, you know, as he has said, he was sent to the presidency to do a job for America. And if the vast majority of Americans, Democrats, and Republicans across the country, support spending on our country and not allowing us to lose the race globally, then he’s going to do that. However, his sincere preference, his open hand, is to Republicans to come to the table and say, if you don’t like this, how would you pay for this? If you don’t like there, what would you include? So much of this bill includes priorities that Republicans have supported. So I hope that Democrats and Republicans can be on the final vote yes on this bill on this.”