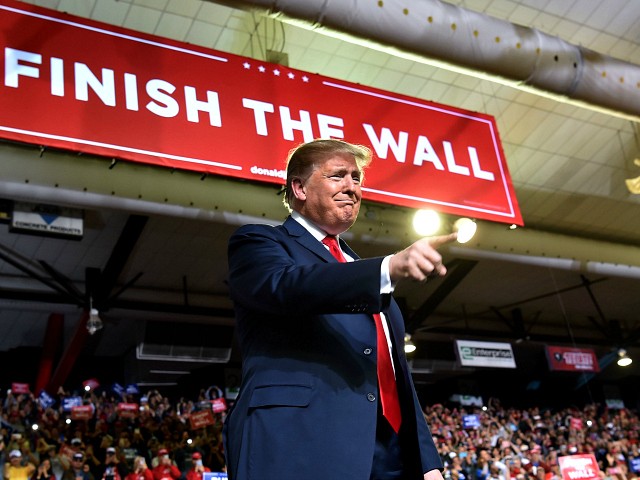 President Donald Trump praised the abilities of German Shepherds on Monday but said it would be “phony” if he had a pet dog of his own.

“There is nothing better than a good old-fashioned German Shepherd,” Donald Trump said during a campaign rally in El Paso, Texas.

He explained why he would continue fighting for more security at the Southern border, including technology upgrades to stop drugs, but he told his crowd of supporters why tried and true solutions like walls and dogs worked better.

“You do love your dogs, don’t you?” Trump acknowledged as the crowd cheered.

Trump said he would not mind having a pet dog but said he did not have the time to be with it.

“How would I look walking a dog on the White House lawn?” he asked.

As the crowd cheered, Trump admitted that people had recommended that he get a dog so that it would “look good politically.”

“Feels a little phony to me … That’s not the relationship I have with my people,” he said.

Someone in the crowd shouted that former President Obama had a dog.