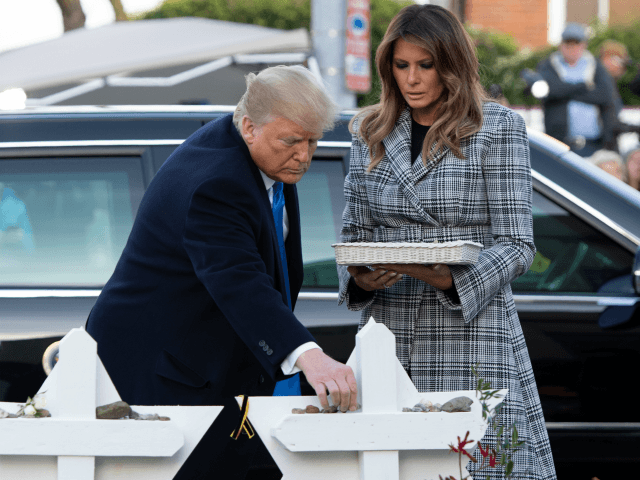 President Donald Trump met with Peg Gottfried, the widow of Dr. Richard Gottfried, one of the victims killed in the synagogue shooting in Pittsburgh.

The White House revealed that Trump spent about an hour with the widow, who expressed gratitude for his decision to travel to Pittsburgh to offer his condolences.

“She said that she wanted to meet the President to let him know that people wanted him there,” White House Press Secretary Sarah Sanders told reporters on Tuesday.

Gottfried, 65, was a well-loved dentist in the community who was preparing to retire. His wife, Peg, is a practicing Catholic.

Trump met with the widow at the UPMC Presbyterian hospital where he and First Lady Melania Trump also visited the four police officers wounded in the attack.

“The President wanted to show his respect on behalf of the entire country and to represent the country in this moment,” Sanders said.  “And be there to show our support.”

Earlier Tuesday, Trump visited the synagogue, lit candles for the victims inside and said some prayers and placed stones and white roses on the memorials outside.