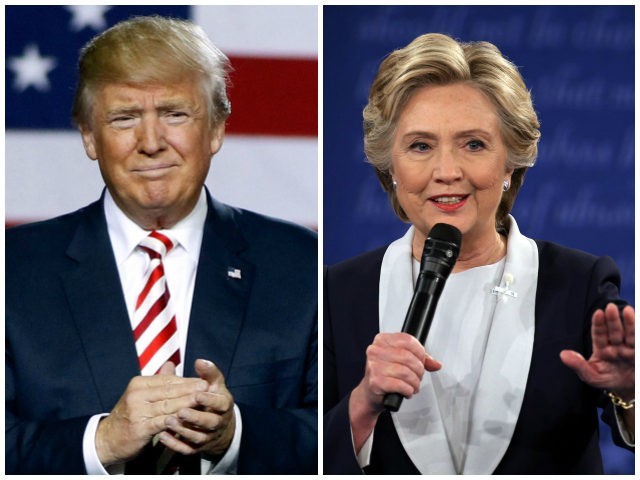 President Donald Trump responded Monday to Hillary Clinton’s most recent suggestion that she might run for president again.

The president commented on the potential 2020 field during an interview with Fox News host Laura Ingraham.

“So far I like them all,” Trump said, referring to potential rivals in 2020. Ingraham noted that Hillary Clinton recently signaled interest in running for president again.

“I like her too, I’d be very happy with Hillary … You know it could happen, but I don’t see it right now,” he said.