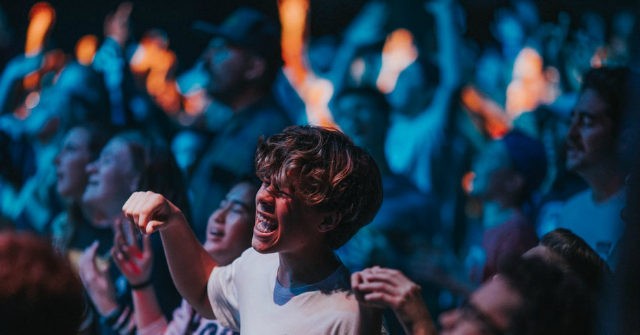 “Today, I am identifying houses of worship, churches, synagogues, and mosques as essential places that provide essential services,” Trump said, announcing the release of new Centers for Disease Control guidelines.

“Some governors have deemed liquor stores and abortion clinics as essential but have left out churches and other houses of worship,” Trump said. “That’s not right.”

Trump said he wants every governor to reopen all churches “right now.”

“If there’s any questions, they’re going to have to call me, but they will not be successful in that call,” Trump said.

The president made a brief announcement about churches and left the podium as Dr. Deborah Birx detailed information about the fight against the coronavirus.

Earlier in the week, reports noted that the White House disputed guidelines from the Centers for Disease Controls as too strict, withholding official federal guidance for a few days.

Since then, Trump has repeatedly called for governors to allow churches to reopen.

“The churches are not being treated with respect by a lot of the Democrat governors,” Trump commented to reporters as he left the White House for a trip to Michigan on Thursday afternoon. “I want to get our churches open, and we’re going to take a very strong position on that very soon.”

The president confirmed that the new guidelines would apply to churches, synagogues, and mosques.

Despite many churches holding services online, President Trump remarked Thursday that it was not the same as attending in person.

“It’s wonderful to sit home and watch something on a laptop, but it can never be the same as being in a church and being with your friends,” Trump said during an event with black leaders on Friday.