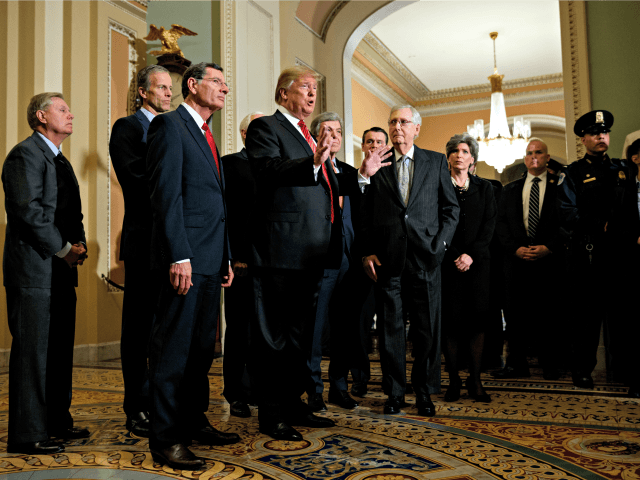 President Donald Trump claimed Wednesday that the Republican party remained united behind his border wall fight that resulted in a partial government shutdown.

“There was no discussion about anything other than solidarity, we want national security and border security for our country,” Trump said.

The president and the vice president met with Senate Republicans for lunch to discuss the ongoing partial government shutdown, which is in its nineteenth day.

McConnell joined the president as they spoke to reporters in Congress after the lunch.

“The president has accurately characterized the discussion at lunch, that we’re all behind the president and we think that border security is extremely important for this country,” McConnell said, thanking Trump for coming up to Capitol Hill to meet with Senate Republicans.

Trump revealed that a couple of Republican senators discussed political strategy during the meeting, but insisted they were all unified.

“The fake news is the fake news, I just want to tell you that the Republicans are totally unified,” he said.

The president noted that politicians in Washington, DC, had been trying to get serious border security for 25 years, but had failed.

“We don’t give up, because we’re doing the right thing for our country,” Trump said.