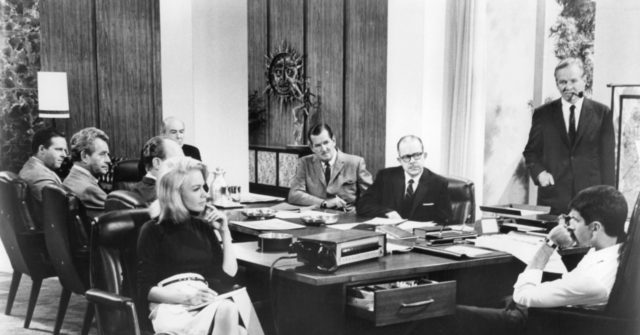 Gender quotas on company boards are an expensive waste of money, a study has confirmed.

At least they are if you’re old fashioned enough to believe that a company’s purpose is to generate shareholder value: shoehorning women onto the board just because they’re women reduces profitability, on average by 12 per cent, the study in Leadership Quarterly found.

But on the upside – the study adds, perhaps to cover itself in case anyone gets too offended – companies with more women on the board are less prone to risk. They are also ‘beyond dispute’ good for ‘equal opportunity.’

The study examined the performance of companies in Norway (the first country to introduce such quotas, in 2003), Finland, Sweden and Denmark.

According to the study:

With regard to firm performance, we find clear evidence that treated firms’ performance is adversely affected. When we choose post 2003 years as the treatment years, we find a significant negative effect on accounting-based performance as measured by both return on assets and operating income divided by assets

An increase from one to two female board members on a board with four directors reduces that firm’s operating income to assets by 12%.

Though gender quotas on company boards are common practice in Europe – in Norway, Germany, France, Belgium, Iceland and Italy they are mandatory; in Austria, Finland, the Netherlands, Spain, Sweden and the UK they are voluntary goals – the U.S. has so far proved resistant to this virtue-signalling exercise. (California being the unsurprising exception).

What no one has yet managed to demonstrate is why it is good for companies to be forced to include token women on their boards. We now know the answer: it isn’t.

The main drivers behind these quotas appear to be pushy women with a burning sense of entitlement.

This is a clear from an article in Harvard Business Review

Some of the female American board directors we talked to also sounded surprised that more progress had not been made. One female director and former CEO put it this way: “It has not happened organically in my lifetime. I thought after Title IX when we got parity in the university it would be automatic. But it wasn’t.” Another said, “The numbers are surprising — they have not progressed like you would have thought they would have.”

And yet no American man we interviewed was in favor of any formal quota or target. Their general perception was that although progress was slow, “diversity awareness” was happening in the search process. Men also mentioned quite frequently that they wanted “qualified” and “strong” directors first and foremost.

That deliciously damning sentence is worth repeating. “Yet no American man we interviewed was in favour of any formal quota or target.”

It’s not just in the U.S. that gender quotas are privately considered a bit of a joke. In the UK, FTSE companies were recently criticised for taking a ‘”one and done” approach to gender diversity by appointing a token woman to their board’.

According to the Telegraph:

A small number of FTSE companies are “intentionally blocking progress”, according to Denise Wilson White, chief executive of the Hampton-Alexander review which was set up by Theresa May in 2016 to close the gender gap at the top of business.

Ms White told The Telegraph that some businesses are “still keeping their hand in the sand” and “turning a blind eye” to their lack of female leaders.

All big firms “know the right lines to say” when asked about gender diversity, she said, but despite the “warm words” and rhetoric, “many don’t get it at all”.

Perhaps the real problem – contra Denise Wilson White – is that FTSE companies do get it all too well. It’s nonsense – and they know it’s nonsense, regardless of the drivel spouted by government ministers like business minister Kelly Tolhurst who is quoted in the article as saying:

“Diversity makes good business sense and those who fail to see this as a priority are missing out on the benefits that diverse leadership brings.”