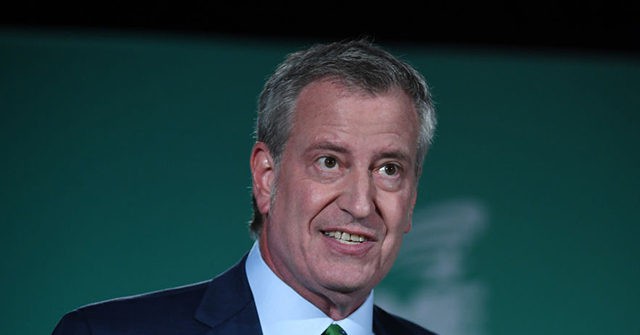 New York Mayor Bill de Blasio supported mass protests this weekend on behalf of Black Lives Matter and the transgender cause, but the city is welding shut public parks used by the Orthodox Jewish community.

Faithwire and social media users reported Monday that the city was welding shut the gates of public parks in areas of Brooklyn used by the Jewish community in those areas :

Yes. This is actually happening now!

Bill de Blasio is Welding the gates at the biggest park in the Jewish community, (Borough Park, Brooklyn) So your child shouldn’t try to break in. While Hundreds of thousands of people gathered yesterday at Brooklyn Museum.#deBlasioMustGo pic.twitter.com/Q02ew5O5nZ

VIDEO: As @NYCMayor marches with protesters and orders Contact Tracers not to ask people if they were at protests, the City is welding shut a park that is largely used by Hasidim in Williamsburg, Brooklyn. pic.twitter.com/HcAEo4jVA9

It was not clear if parks were shut elsewhere. However, authorities appear to have been singling out parks in Jewish neighborhoods of Brooklyn for enforcement — while large protests have been tolerated in other parts of the same borough. Central Park was full of sunbathers on Sunday, according to the New York Post.

Moreover, tens of thousands of demonstrators gathered in Brooklyn for demonstrations in support of “black trans” individuals. While many people wore masks, there were few other attempts at “social distancing,” despite coronavirus.

Meanwhile, De Blasio reportedly told “contact tracers” — people employed to track the movements of those confirmed to be infected with coronavirus — not to ask patients proactively if they had been to a Black Lives matter protest.

De Blasio has appeared to apply a double standard for months, keeping the city’s religious institutions shuttered while allowing other places where people gather — often in larger numbers — to remain open. He also seems to have taken particular relish in closing down Jewish communal observances. In April, he personally oversaw police efforts to break up a Jewish funeral procession, then called out the Jewish community specifically on Twitter as having broken the rules.