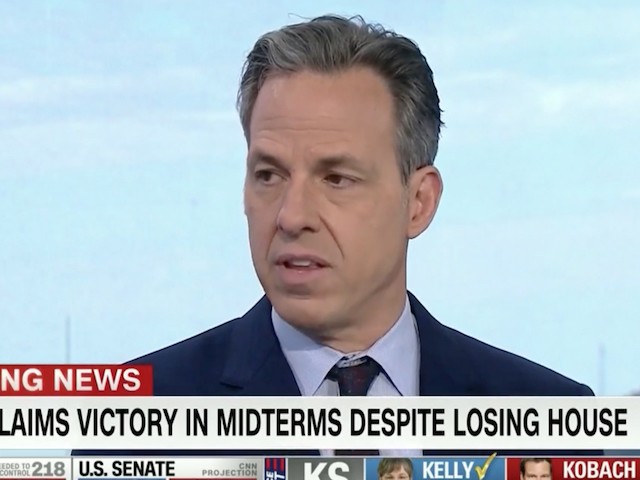 Tapper said, “That we saw here was a president who clearly feels threatened and was responding by threatening. He threatened Democrats. He threatened the news media. And he made it very clear no matter how many times he kept saying that he had a tremendous night, it was close to a complete victory, he knew in his heart that was not the true. He knows that he is going to have to deal with Nancy Pelosi. He knows that there is a real issue when it comes to his relationship with the First Amendment, with reporters asking him, pressing him on questions and he does not think that he needs to change anything. It was remarkable.”

On Trump’s reaction to House Republicans who lost their elections last night, Tapper said, “The president started out by doing a dance on the graves of Republicans who did not show him enough fealty. Republicans who for their own purposes, many of those this suburban districts that turned away from President Trump where he was toxic, that commercial was toxic, his language was toxic.”

He continued, “He danced on their graves and said because they did not embrace him, that’s why they lost. He was flip about it.”

He added, “I’ve never seen a president take delight in people of his own party losing. The only thing I can compare that to is some of the works of Francis Ford Coppola and Martin Scorsese. I mean, that’s how gangsters act. The idea that you’re not loyal to them and you deserve the punishment.”