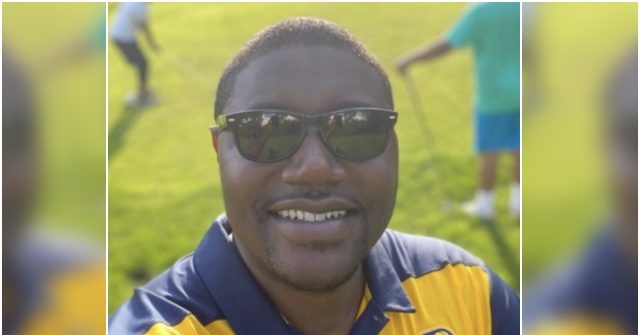 The Indianapolis, Indiana, community is honoring Chris Beaty, a 38-year-old real estate broker and former Indiana University football player, after he was murdered in riots on May 30.

Beaty was shot and killed by robbers who were attempting to steal the purses of two women during riots happening in Indianapolis over the death of George Floyd. Beaty had tried to stop the robbers from stealing from the women and was fatally shot as a result, according to eyewitnesses.

One eyewitness told police that Beaty had said to the robbers, “You don’t need to do this. There’s a better way” before he was killed.

The Indianapolis community, with a mural, is now honoring the beloved football player, sometimes dubbed “Mr. Indianapolis” by loved ones. Hundreds have come to pay their respects at the mural.

Another mural in memory of Chris Beaty at Pennsylvania and Vermont. ❤️ #LiveLikeChris #IUFB #96 pic.twitter.com/TioKclrqMg

“Such a tragic reason you do a portrait mural of someone.” Just three days after he was murdered in downtown Indianapolis, Chris Beaty is remembered with a mural by artist Andrea Townsend. Read more here: https://t.co/9NOitrsG1R pic.twitter.com/xZoePtudDL

Beaty’s nephew has created a GoFundMe page in honor of his uncle to benefit incoming students at Indiana University and Cathedral High School, where he attended school.

“Chris was someone who always put others before himself,” Beaty’s nephew wrote. “He truly was one-of-a-kind, with a giant heart filled with love for everyone he met, consistently working to break down racial barriers.”

“We encourage everyone to live like Chris – to love others boldly, to stand up for what’s right, to live every day to the fullest. #LiveLikeChris”

Beaty is just one of many shooting victims from this month’s riots over the death of Floyd. While no arrests have been made yet in Beaty’s case, St. Louis police have arrested a felon who allegedly murdered former police captain David Dorn in riots.