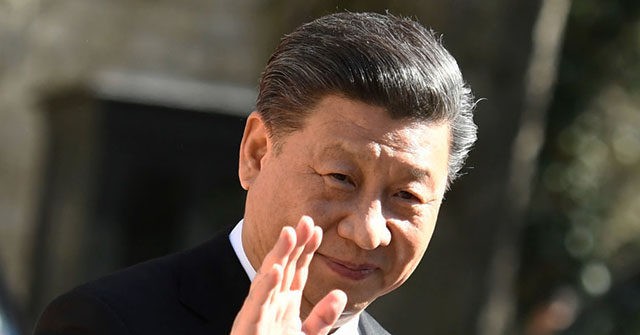 The Chinese Communist Party (CCP) has forced Christian churches across Henan province to replace the Ten Commandments with quotes from President Xi Jinping in its latest effort to “sinicize” religious practice in the officially atheist country.

One pastor from a state-run Protestant church said that the CCP’s latest move is part of a systematic plan to erode Christian doctrine in the country, adding that the ultimate goal of the party is to “become God.”

“The government’s first step is to prohibit religious couplets” said the pastor, who spoke under the condition of anonymity. “Then it dismantles crosses and starts to implement the ‘four requirements’ by ordering the national flag and ‘core socialist values’ to be placed in churches.”

“Surveillance cameras to monitor believers and religious activities are then installed. The last step is to replace the Ten Commandments with Xi Jinping’s speeches,” he said.

“The Communist Party’s ultimate goal is to ‘become God.’ This is what the devil has always done,” he said.

The pastor could have also included another step in the CCP’s “sinicization” process: namely, the replacement of images of Jesus Christ with photos of Xi.

As Breitbart News reported in 2017, Chinese officials threatened to deny Christians poverty relief packages unless they substituted images of Jesus in their homes with photos of Xi. The measure, carried out in the Jiangxi province, was part of a government plan to “melt the hard ice” in the hearts of Christians towards communism, authorities said.

One official declared that the move was necessary because Christians are “ignorant” and need to be taught to worship the state, not God.

Xi is particularly hostile toward the Biblical commandment “You shall have no other gods before Me,” since he believes that the Chinese owe their highest devotion to the state rather than God, reports stated.

“Support religious community in interpreting religious thought, doctrines, and teachings in a way that conforms with the needs of the progress of the times,” one of the Xi quotes reads. “Resolutely guard against the infiltration of Western ideology, and consciously resist the influence of extremist thought.”

The CCP has already shut down some Three-Self churches for not replacing the Ten Commandments with Xi quotes, while other congregations have been threatened to be blacklisted by the government.

China’s crusade to sinicize religion was first announced in a speech by Xi at the National Religious Work Conference in April 2016.

In that address, Xi declared that in order to “actively guide the adaptation of religions to socialist society, an important task is supporting China’s religions’ persistence in the direction of sinicization.”

In its most recent World Watch List of countries where Christians face the most severe persecution for their faith, watchdog group Open Doors ranked China at number 27, up from number 43 the year before.

In its report, Open Doors said that “the increased power of the government and the rule of President Xi Jinping continue to make open worship difficult in some parts of the country.”

“Crackdowns against Christians happen country-wide and in both state-approved and non-registered churches,” the report stated. “The youth are increasingly being removed from church life, worship is monitored via CCTV and spies, and teachers and medical workers are told they are not allowed to have any religious affiliation.”