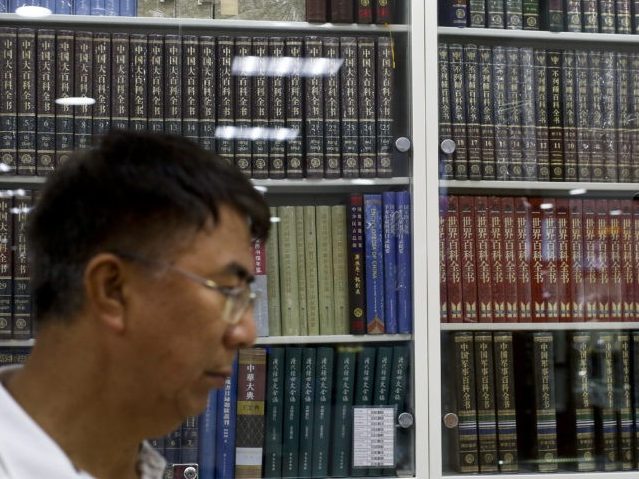 The Chinese government did not officially announce censorship of the book, but it probably fell prey to a controversial crusade against “Western influences” in educational materials.

Reuters noted that, since the beginning of the year, China’s Ministry of Education has been demanding extensive information from teachers about the textbooks employed in their classes. The ministry has been evasive about the purpose of this inventory, but Chinese academics believe it is a response to complaints that China’s textbooks contain too many Western ideas.

Zhang strongly disagreed with this crusade against foreign ideas in a WeChat interview that the government censored for vague reasons soon after publication:

“To criticize purely for the sake of it and to shut our nation off to the outside world is closed-minded thinking,” Zhang said.

“At this time, constitutional law is a ‘sensitive’ topic. As far as I can see there is basically no public discussion. It seems that everyone is scared,” he said.

Although Zhang refused an interview request from Reuters, the news service found plenty of support for him in the academic community, along with fears of a witch hunt atmosphere in which disgruntled academics begin settling scores by reporting each other for Western intellectual contamination.

Zhang was among the Chinese intellectuals who called for political reform in a social media post at the end of 2018. The post included brief comments from over a hundred contributors who called for political liberalization on a scale to match China’s economic liberalization. It quickly became immensely popular with Chinese Internet users, which is why government censors quickly deleted it.

“Every problem in Chinese society, particularly the erosion of human rights and rule of law in recent years, is fundamentally a result of the lack of real elections. If we don’t institute elections, we won’t have true reform,” read Zhang’s contribution to the article.

Zhang’s book on Chinese constitutionalism may have been erased from the Chinese marketplace, but it is still possible to purchase an English version of his work from Amazon.com.