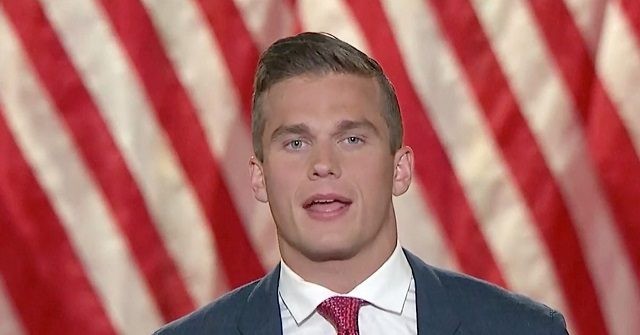 Cawthorn told Fox Business Network’s “Mornings with Maria” that the increased taxes are “going to hurt the middle class” and the economy.

“Well, it’s just more of the same from the Biden administration,” Cawthorn stated. “You know, they just say big lies, and they continue to go along with the radical policies. Starting to increase taxes on capital gains, increase taxes on income tax — this is going to hurt the middle class. This is going to hurt our economy. And it’s going to take jobs away from the people he purports to help — the working-class men and women.”

“I am happy that Democrats have finally admitted that there is not unlimited money out there in the world,” he added. “In the first 100 days, the Biden administration, Nancy Pelosi and all the Democrats in Congress have spent nearly $10 trillion. You see, we have a $4 trillion budget, and then we also have this $6 trillion spending plan. That’s $10 trillion. Money doesn’t grow on trees, as you well know. And increasing taxes on the middle class is just going to hurt our economy more. This is going to lead to a recession, I genuinely believe, and the Republican Party does have an opportunity to stop this in the Senate. So, we have to hope that Joe Manchin holds the line and make sure that we have the filibuster remain in place.”