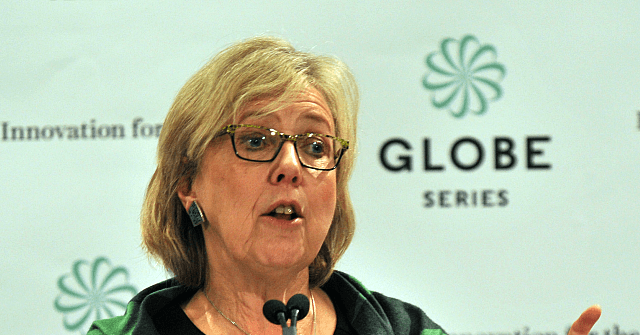 Elizabeth May, leader of the Green Party in the Canadian parliament, has called on Justin Trudeau to accept any ethnic minority person from the United States who comes to Canada claiming asylum because President Trump has made the country unsafe.

“It’s clear that if you’re Muslim, if you’re black, if you’re Latina, if you’re Indigenous, the United States is not a safe country,” alleged May, the Member of Parliament for Saanich—Gulf Islands in British Columbia.

“We need to change that status so that people seeking refugee protections in Canada can get here. So I once again call on the prime minister and the minister of immigration and the minister of foreign affairs to explain that under the circumstances in this pandemic, as long as people who come across our border meet our Covid-19 public safety rules, we must not turn them away — because Donald Trump has made the United States no longer safe,” she demanded.

The comments by May, who leads the Green parliamentary faction in the Canadian federal parliament, come as Jo-Ann Roberts, interim leader of the wider party, appeared to call on white women to emulate or at least endorse “protesters” who have turned to rioting and looting.

“Fellow white women, we need to step up. Stop calling the BLM protests ‘looting’ and ‘rioting,” she tweeted on June 2nd.

“Repeat after me: There is no comfortable way to fight oppression,” she continued.

“What’s happening across the U.S. and Canada is valid. right. and necessary [sic]. Get on board.”

Unlike President Trump, who was censored by Twitter for “glorifying violence” when he suggested that rioters were “thugs” and warned that “when the looting starts, the shooting starts”, Roberts’ endorsement of lawless violence has not been interfered with.