Breitbart News recently revamped the entire website, introducing a number of new features including the “Listen to Story” feature. Readers will now be able to keep up on the news when their eyes are needed elsewhere.

Breitbart News launched an overhaul of the website recently, making a number of changes to the site and introducing new features such as the updated “trending” section near the top of the homepage. But one of the most interesting new features that Breitbart News has implemented is the “listen to story” feature, which allows users to listen to every story Breitbart publishes, for all the times listening is more convenient than reading. 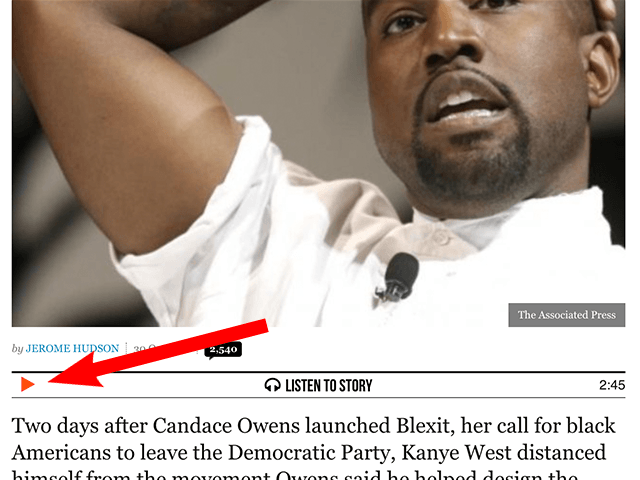 The new feature can be found on each article, placed just below the name of the author. An orange play button appears on the left, which readers can utilize to play and pause the story. The time displayed on the far right indicates how long the audio version of the article will run.

The “listen to story” feature can be found on all Breitbart News articles across the website.