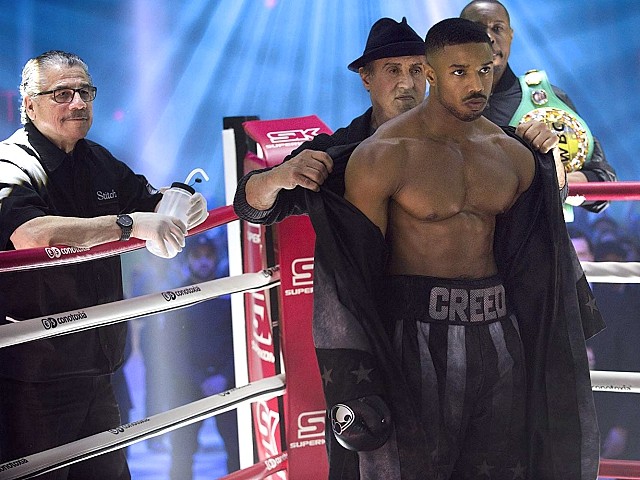 Unlike most Hollywood fare, the film also became an instant financial success with just its opening weekend, too. Earning $55 million in just five days, Creed II quickly earned back its $40 million estimated production cost. So, for MGM, New Line, and Warner Bros., that means they don’t have to keep their fingers crossed and hope for the take in overseas cinemas to finish paying for the film.

Creed II definitely did well, but the animated Ralph Breaks the Internet earned an even bigger opening. As noted, Thanksgiving is usually a more family-friendly time for moviegoers, and Wreck-it Ralph certainly wrecked it at the gate earning $84 million since its Wednesday opening, Box Office Mojo reported.

The cartoon sequel to the 2012 hit Wreck-It Ralph barreled in as one of the top performing animated openings since Moana, which earned $82 million in 2016. And the John C. Reilly-starring cartoon has its eye on breaking the top record, as well. Disney’s Frozen earned $93.59 in 2013, a take Ralph Breaks the Internet could conceivably beat by Sunday evening.

In other films, Lionsgate’s Robin Hood did not break records, but at least came in as expected with a five-day earning of up to $14 million.

WB’s Fantastic Beasts: The Crimes of Grindelwald continued performing as expected and will likely hit $41 million with its five-day box office. Universal’s The Grinch is actually outperforming forecasts and may hit the $40 million mark over the long holiday weekend.