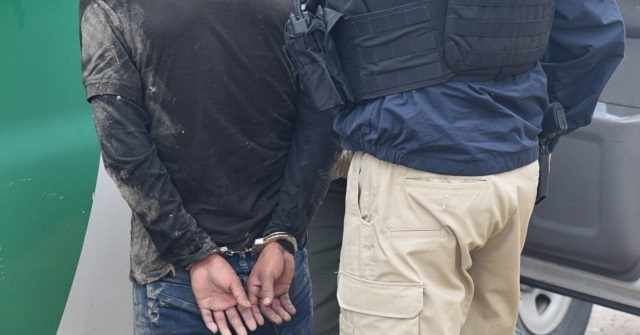 A Tucson Sector Border Patrol agent shot a Russian migrant during a struggle near the Arizona-Mexico border. Neither the agent nor the migrant sustained life-threatening injuries.

A Lukeville Station Border Patrol agent responded to a report of a single migrant crossing the border just east of the border community of Lukeville, Arizona, on November 14. After the agent arrived on the scene, he attempted to take the migrant into custody, according to a statement from Tucson Sector Border Patrol officials.

As the agent attempted to place the migrant under arrest, the migrant became combative and “a physical altercation ensued,” Tucson Sector officials stated. During the fight, the Border Patrol agent discharged his firearm striking the suspected illegal alien. Border Patrol officials reported the agent identified the migrant as a citizen of Russia.

A helicopter aircrew transported the migrant to a Phoenix-area hospital for treatment of “non-life threatening injuries,” officials stated. The Russian illegal alien remains hospitalized for treatment of his injuries.

Officials report the Border Patrol agent did not sustain a serious injury during the altercation.

The FBI and a CBP Use of Force Incident Team will investigate the agent-involved shooting incident.

A couple of weeks earlier, a Border Patrol agent returned fire after being attacked by a group of migrants near Dryden, Texas. The agent struck one of the attacking migrants while the remainder of the group fled the scene, Breitbart Texas reported.

After the agent initiated the traffic stop, the group of migrants got out of the vehicle and one of the migrants attacked the agent, U.S. Border Patrol Headquarters Assistant Chief John Mennell said in a statement provided to Breitbart Texas. The agent fired multiple rounds striking one of the migrants times. The other migrants then fled on foot.