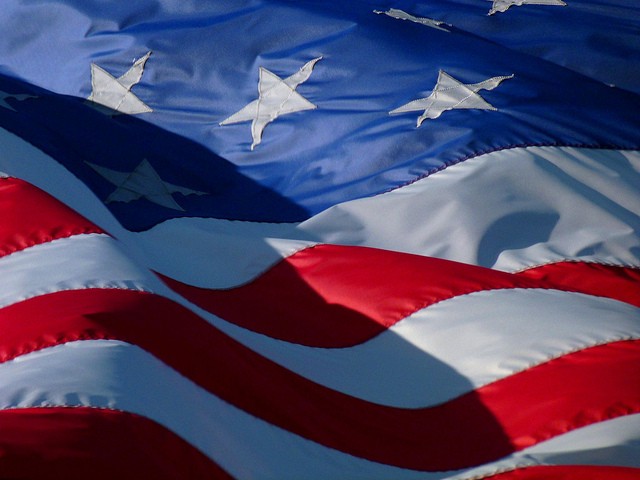 This Friday evening and Saturday morning, Jews across the United States will participate in synagogue services in greater numbers than usual, in a show of solidarity after last week’s mass shooting at the Tree of Life synagogue in Pittsburgh.

The American Jewish Committee has also urged foreign diplomats, and members of other faiths, to attend Sabbath services this weekend — to “show up for Shabbat.” The response, thus far, has been overwhelming.

Three days later, Americans will head to the polls in what has been one of the most divisive midterm elections in history. It feels, in fact, more like two separate elections, with Republicans poised to gain seats in the Senate, and Democrats expected to pick up seats in the House (whether or not they win a majority).

The good news is that both sides will be able to enjoy some victories. The challenge will be moving forward as a nation when it is over.

Even the weekend before Election Day feels like two different weekends.

Blue America is still thinking about last weekend. To Blue America, the synagogue attack was exactly what had been expected under a president who targets illegal aliens, promised a “Muslim ban,” calls (some of) the media the “enemy of the people,” and refuses to accept personal responsibility for the rise of the far-right.

On Tuesday, Blue America will vote to rebuke him.

Meanwhile, Red America is thinking about this weekend. To Red America, the deployment of the military to the border suggests that we are finally taking illegal immigration seriously. Moreover, the data released Friday that show the economy created 250,000 jobs last month are a sign America is finally back. And on Sunday, the only people still kneeling at football games will be the cheerleaders.

This is the country Red America will vote to protect.

Nowhere is the divide between the two Americas clearer than in my own community. Jews around the world were shocked by the shooting. But — judging from my Facebook news feed — American Jews are responding in two  ways.

To liberal Jews, who live in Blue America, the way to respond to the synagogue shooting is to change our society. We need gun control — that almost goes without saying in Blue America — but we also need to eliminate hatred, somehow. That means we need leaders who know how to use words with great sensitivity, without triggering people  — i.e. presidents more like Obama and less like Trump. We may even need to reconsider free speech itself.

To politically conservative Jews, who live in Red America (even if most of us reside, geographically, in Blue America), the way to respond to the shooting is to be ready to shoot back. We cannot change society if we tried– nor would we want to, since it has generally been very good to us. We have the right to protect ourselves. We want leaders who will protect that right — and who will confront the few regimes still promoting antisemitism today.

Somehow, we as a Jewish community, and we as the American people, have to find a way to come together.

One of this week’s readings in Jewish congregations happens to be the first chapter of the Book of Kings, which deals with the question of who would succeed King David. Several of David’s sons stake a claim to the throne, but David makes it clear that only Solomon has the right to rule after him. The kingdom remains unified, and grows stronger.

Many chapters later, when Solomon passes away, the succession is again difficult. His son, Rehoboam, faces an immediate crisis: the restive kingdom of Israel to the north is inclined to separate from the kingdom of Judah, to the south. The leaders of Israel approach Rehoboam with an offer: “Your father made our yoke hard. Now you lighten your father’s hard work and his heavy yoke which he placed upon us, and we shall serve you.” (1 Kings 12:4)

Rehoboam asks for three days to consider his options. He approaches the elders who advised his father, and they tell him: “If you will be a servant to this people today, and you will minister to them and you will respond to them and speak kind words to them, then they will be your servants for all times.” (12:7)

But Rehoboam ignores their advice, and “took counsel with the young men who had grown up with him and who were attending him.” (8)

Instead of offering the leaders of Israel a gesture of reconciliation, Rehoboam rebukes and humiliates them: “And he spoke to them as the counsel of the young men saying, ‘My father made your yoke heavy, and I shall add to your yoke; my father flogged you with whips, and I shall flog you with scorpions.’” (14)

Hearing that reply, the leaders of Israel withdraw; when Rehoboam tries to collect their taxes, they rebel; and the kingdoms become divided forever.

The lesson for us today is that whoever wins the elections on Tuesday should not gloat, but should rather use the opportunity to reach out to the other side. The great challenges facing America — immigration, health care, and entitlements — cannot be resolved by one party alone. Likewise, whoever loses should not reject the outcome, but heed the message of the voters, and find a way to reach out to those who chose — this time — the other party.

In the wee hours of the morning of November 9, 2016, Donald Trump addressed the nation as the new President-elect:

Now it is time for America to bind the wounds of division, have to get together, to all Republicans and Democrats and independents across this nation I say it is time for us to come together as one united people. It’s time. I pledge to every citizen of our land that I will be president for all … Americans, and this is so important to me.

For those who have chosen not to support me in the past, of which there were a few people, I’m reaching out to you for your guidance and your help so that we can work together and unify our great country.

Democrats did not reach back. And Trump, as faithful as he has been to his voters, has yet to be a “president for all Americans.”

Tuesday is a chance to start afresh. We have mourned together; let us find ways to celebrate together, again.