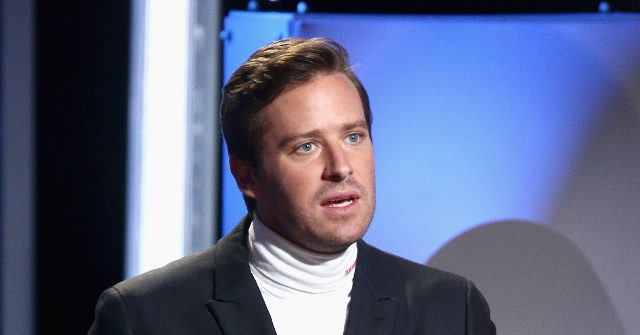 (UPI) — Actor Armie Hammer has announced he will not return to the Broadway play The Minutes when it reopens in March 2022.

“I have loved every single second of working on The Minutes with the family I made from Steppenwolf. But right now I need to focus on myself and my health for the sake of my family. Consequently, I will not be returning to Broadway with the production,” Hammer said in a statement Friday.

Penned by and co-starring Tracy Letts, the show was in previews in March 2020 when it was shut down because of the coronavirus pandemic.

The team behind the show issued a statement Friday, confirming Hammer’s departure.

“Armie remains a valued colleague to all of us who have worked with him onstage and offstage on The Minutes. We wish only the best for him and respect his decision,” the statement said.

Hammer, 34, was recently let go from the Watergate drama Gaslit and the Cold War thriller The Billion Dollar Spy after the actor was accused of sexual assault and sending graphic messages to several women on social media that described sexual fantasies, including cannibalism.

Hammer has denied the allegations and has also been dropped from agency WME, romantic comedy Shotgun Wedding starring Jennifer Lopez and The Offer from Paramount+ about the making of The Godfather.

Hammer is known for his roles in Rebecca, Call Me By Your Name and The Social Network.