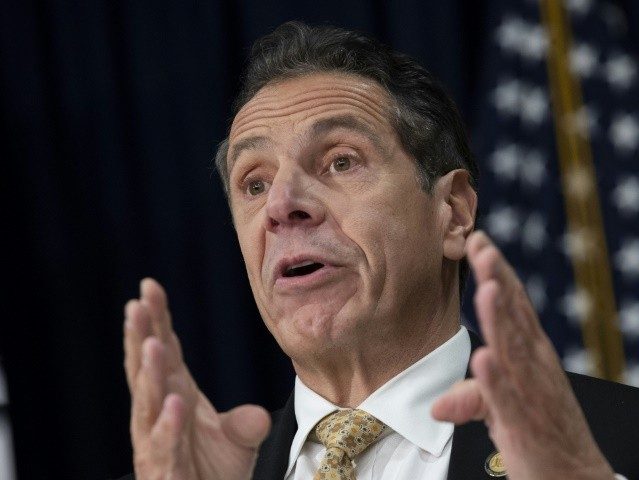 Democrat New York Gov. Andrew Cuomo vowed on Tuesday evening to govern with a left-wing agenda in his third term, raising suspicions that the governor is boosting his national profile to prepare for a presidential run in 2020.

Cuomo kicked off the start of his third term with an inauguration speech on Ellis Island in New York with several politically-charged statements against President Donald Trump and vowed to enact “the most progressive agenda this state has ever seen” in the first 100 days of his third term.

“We will make history and New York will move forward, not by building a wall, my friends, but by building new bridges,” he said, referring to Trump’s efforts to fortify a wall on the U.S. southern border with Mexico.

Cuomo, in his 30-minute speech, railed against the Trump administration and accused officials of dividing the population for political purposes and bragged at how the Statue of Liberty remains open even in a federal government shutdown because of state funding.

The Tuesday evening speech raised suspicions that Cuomo is preparing to throw his hat in the ring for the 2020 presidential race, although Cuomo has repeatedly denied that he plans to seek higher office.

The New York Democrat, who recently won re-election against Republican challenger Marc Molinaro, has criticized Trump before— and had been forced to walk back his statements because of the public outcry.

Cuomo said in August speech that America “was never that great,” hoping to gain points with his left-wing base for taking a dig at Trump.

But after he did not get the reaction he hoped from the public, he told a group of reporters that he made some “inartful” comments and walked back his statement.