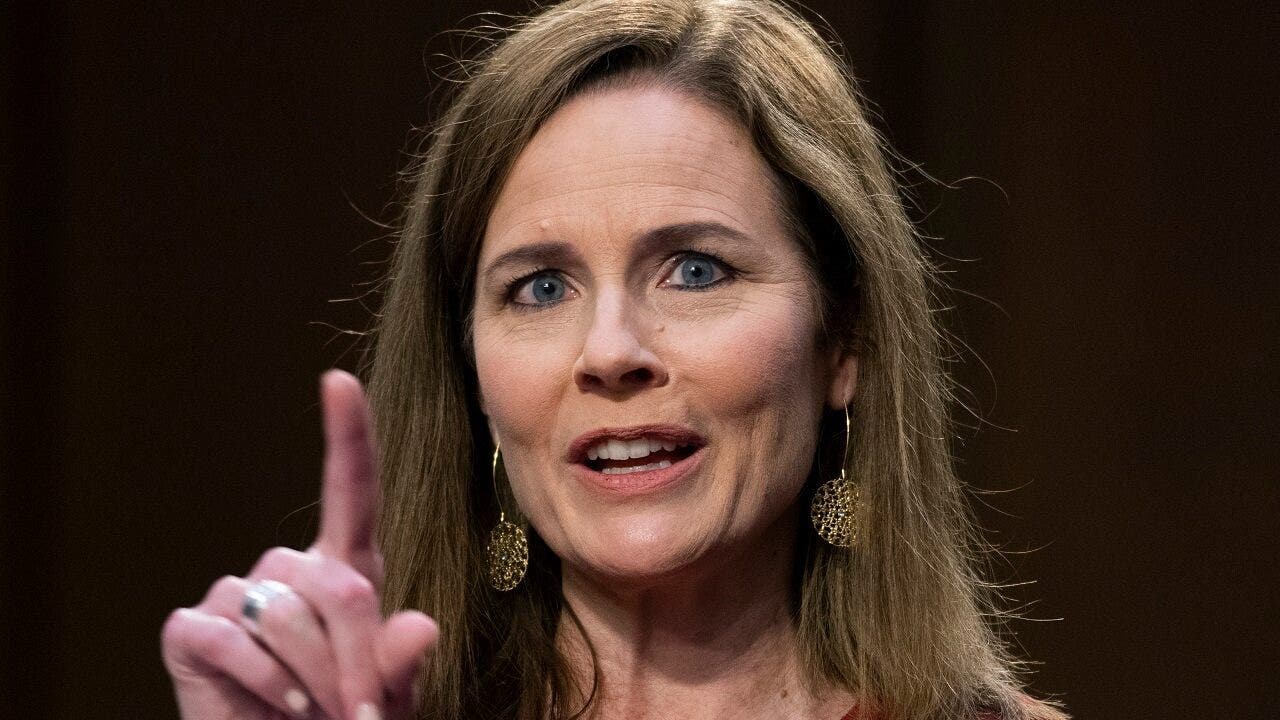 Here is the likely timetable for the prospective confirmation of Amy Coney Barrett to the Supreme Court.

As is custom, the committee is holding the nomination over for a week. The Senate Judiciary Committee will again meet to consider Barrett’s nomination at 1 pm ET on Thursday, Oct. 22.

FAITH AND FAMILY: A LOOK AT JUDGE AMY CONEY BARRETT

The committee will need a simple majority vote to advance the nomination to the full Senate.

WHERE DOES AMY CONEY BARRETT STAND ON KEY ISSUES?

Senate Majority Leader Mitch McConnell, R-Ky., announced earlier this week that he would put the nomination on the floor on Friday, Oct. 23.

Here’s where it gets a little tricky.

If the committee finishes the nomination on Oct. 22, the Senate can’t formally consider it until Oct. 23. Keep in mind, that could begin at 12:00:01 a.m. ET Friday if McConnell really wants to hit the gas pedal.

BARRETT WON’T SAY IF ROE V. WADE WAS WRONGLY DECIDED: ‘I DON’T HAVE ANY AGENDA’

McConnell must move to shift the Senate into executive session (versus legislative session) to specifically consider the Barrett nomination. Such a process likely requires a vote — but is not debatable (subject to a filibuster). That vote could be by roll call, a voice vote or by unanimous consent (so long as there is no objection by any senator). Democrats could create some mischief at this stage by not having a quorum present or demanding a quorum be present — but not helping constitute a quorum.

Regardless of when McConnell files cloture, by rule, the “cloture petition” (to end debate on the nomination) ripens for a vote after an intervening day.

But, we don’t know that they will move that expeditiously. It’s more likely the Senate votes to end debate on the nomination on Monday, Oct. 26, or later in the week.

Under the provisions of “Nuclear Option II” (where McConnell established a new precedent — not a rules change — lowering the bar to end a filibuster on Supreme Court nominations from 60 votes to 51 to confirm Justice Neil Gorsuch), the Senate would vote to end debate on the nomination. That entails a simple majority. Once cloture on the nomination is “invoked” (halting a filibuster), debate is then limited to 30 hours.

Once 30 hours have expired, the Senate may take an up-or-down vote on the nomination itself. It only needs 51 votes to confirm Barrett.

That’s why we believe the actual confirmation of Barrett won’t happen until the middle or end of the week of Oct. 25, likely Oct. 28-30.