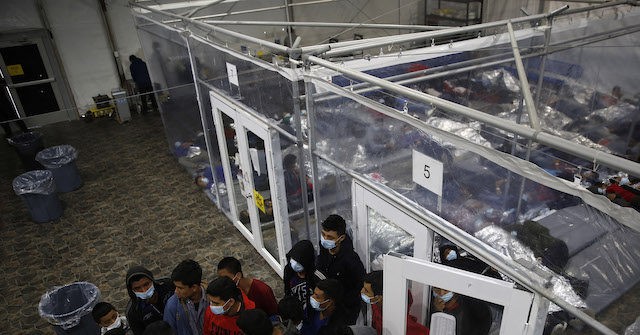 Two hundred and seventy-five sheriffs across the United States say President Joe Biden’s policies are “encouraging and sanctioning lawlessness … in the name of mass illegal immigration,” in a letter to the White House.

The sheriffs, who span across 39 states, urge Biden in the letter to work with the law enforcement community in reimposing controls at the U.S.-Mexico border and ending the administration’s “sanctuary country” orders that have gutted interior immigration enforcement.

“In the interests of ending the undermining of our laws and the increased risks to the safety and security of the people of the United States of America, we respectfully request that you immediately reverse course on your pro-illegal immigration policies, resume the border wall construction, and embrace the common-sense, public-safety-supporting border policies of the previous administration,” the sheriffs write:

In a myriad of ways, you and your administration are encouraging and sanctioning lawlessness and the victimization of the people of the United States of America, all in the name of mass illegal immigration. [Emphasis added]

What is most troubling to America’s Sheriffs is that you and your administration were well aware that this crisis would happen when you ceased construction of the border wall and changed border security policies. Sheriffs were talking with the Obama/Biden administration about these same concerns that we were experiencing at the time based on the lax policies then being implemented. In fact, America’s Sheriffs attended meetings in Washington with then-Undersecretary of Homeland Security Alejandro Mayorkas, who is now your Secretary of Homeland Security. You and he are fully aware of what illegal immigration does to our citizens, legal residents and our communities.
[Emphasis added]

You may imagine how violated America’s Sheriffs feel that you unleashed a predictable crisis upon our nation that puts those we promised to protect at risk of grave danger. America’s Sheriffs will not defy our oaths. We will not join with those who suggest that we ignore existing laws in collusion with those elected officials who arbitrarily feel that they should be excused from being accountable and required to follow our laws. To do so would violate the promise of America’s Sheriffs to those who bestowed upon us the honor and privilege to represent their safety and security concerns. The people of the United States of America expect us always to uphold and enforce the rule of law. [Emphasis added]

In the first weeks of his administration, Biden halted construction of the border wall, ended the “Remain in Mexico” program, canceled U.S. cooperative asylum agreements with Central America, restarted Catch and Release, and implemented sanctuary country orders that prevent Immigration and Customs Enforcement (ICE) agents from arresting and deporting illegal aliens who are not recently convicted aggravated felons, terrorists, or known gang members.