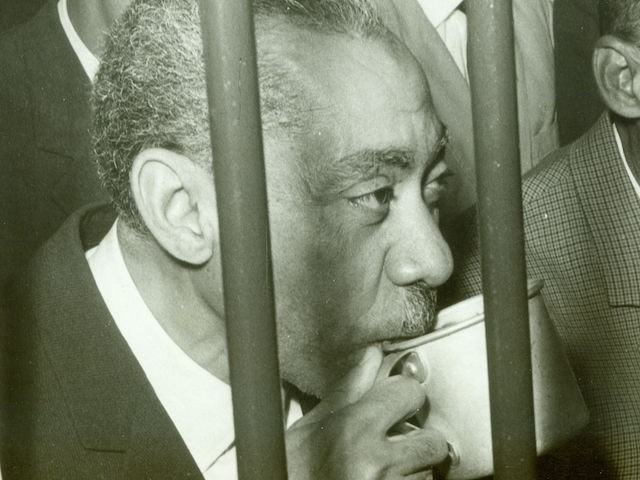 A Christmas classic song heard for three-quarters of a century now has fallen victim to 21st-century political correctness and the #MeToo movement.

While “Baby, It’s Cold Outside” has been targeted for promoting date rape, ironically, its early 20th-century beginning so enraged Islamist Sayyid Qutb, it became an unintentional trigger for today’s war on terrorism and the attacks of 9/11.

A Cleveland radio station just announced it will no longer play the song as part of its around-the-clock rotation of holiday music. The song’s storyline involves a male singer endeavoring to entice a reluctant woman to spend the night, using the cold weather as an excuse. Lyrics such as “Baby, don’t hold out” are deemed inappropriate although, compared to numerous rap songs played year round, they are rather tame.

While it is doubtful the song would prompt 21st-century American males to go out and commit sexual assault, “Baby, It’s Cold Outside” does have a dark past – the unforeseen consequence of good intentions by a Midwestern American community seeking to create an atmosphere of inclusivity for Qutb. Qutb’s strong fundamentalist Islamic beliefs caused him to put a much different focus on what was offered him in a gesture of friendship.

Qutb was an Egyptian educator who arrived in Greeley, Colorado, in 1948, at age 42, to study America’s educational system. Greeley was a small, religiously conservative town which, consistent with Muslim beliefs, prohibited alcohol. Reclusive Qutb – a lifetime bachelor – was invited to a church social to welcome him to the community. After dinner, the lights were turned down low and dancing music played for the young people. But when the then-popular song “Baby, It’s Cold Outside” played and dancers cozied up to their partners, Qutb wrote, he became enraged.

Qutb would later describe what he witnessed at the church social as follows:

The dance hall convulsed to the tunes on the gramophone and was full of bounding feet and seductive legs [keep in mind Qutb is describing women who were wearing the long dresses of the era – extending down to their ankles – claiming them to be “seductive.”] Arms circled waists, lips met lips, chests met chests, and the atmosphere was full of passion.

As an Islamist, Qutb strongly believed women should remain fully covered. Wearing sleeveless dresses of the 1940s, these women, much to Qutb’s shock, left the skin of their arms exposed. He believed they should act discreetly and remain separate and apart from males. While managing to contain his anger that evening, this then little-known Islamic activist used what he witnessed that evening to write about American hedonism and the need for Islam to save the world.

In 1953, after returning to Egypt, Qutb joined the Muslim Brotherhood. His prolific Islamic fundamentalist writings soon made him that organization’s “intellectual godfather.” As a pillar of the Islamist movement in Egypt and advocate of violent jihad, Qutb eventually became known as “the father of modern Islamist fundamentalism” and the foremost Islamic thinker of his time. However, his desperate efforts to make Egypt an Islamic society ruled by Islamic law resulted in President Gamal Abdel Nassar ordering Qutb’s execution in 1966.

In an interesting take on relative violence, as Qutb justified the claiming of human lives through violent jihad, he condemned American football for reflecting America’s “love for hard-core violence.”

While Osama bin Laden was only nine years old when Qutb died, it was the latter’s writings that greatly influenced the former when he grew older. They influenced bin Laden to join the Muslim Brotherhood in Saudi Arabia. Since bin Laden believed the group was not being true to Qutb’s violent jihad ideology, he became a maverick within the Brotherhood. As such, he was expelled, which led him to form al-Qaeda in 1988 and launch the 9/11 attacks later. It is no wonder Qutb is described as “the most famous personality of the Muslim world in the second half of the 20th century.”

Ellen Amster, an associate history professor at the University of Wisconsin at Milwaukee, made an interesting comment about Qutb. She observed, “There was a sort of Utopian quality to his vision. He thought that if society reached a certain level of education, then this ideal Islamic society will come into being.”

Political correctness activists would do the country a much greater service by focusing attention on a negative influence that is real, like Qutb’s, rather than on one that is imagined, like in a Christmas song.