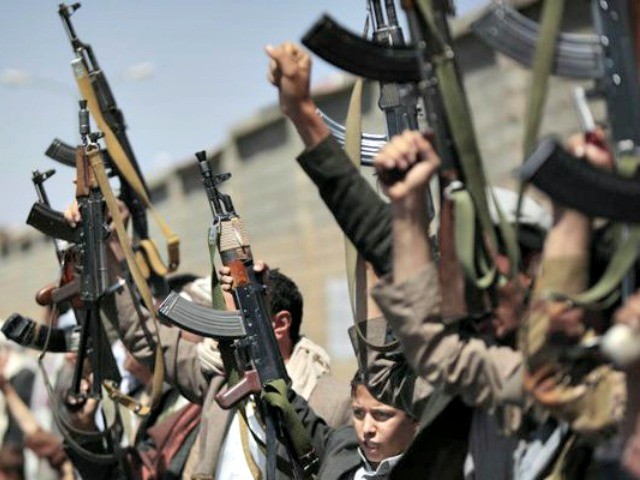 As the nation prepares for the seating of the 116th Congress next month, many question if anti-Trump lawmakers will allow their disdain for the Commander-in-Chief to override our national interests.

If last Thursday’s vote on U.S. involvement in Yemen is any indicator, the answer is yes. Our enemies are rejoicing at this prospect.

The Senate passed a resolution on December 13th, sponsored by Vermont’s socialist Sen. Bernie Sanders and Utah’s Republican Sen. Mike Lee, to withdraw U.S. support for Saudi Arabia’s ongoing proxy war in Yemen. The resolution seeks to ban U.S. refueling of Saudi planes and reduces the number of supporting forces. While this may seem like a minor U.S. support reduction, in what would be a much more substantial bite into the Saudi war effort, another Senate bill being considered seeks to end arms sales to Riyadh.

Thursday’s resolution passed the Senate by a vote of 56-to-41. While the motivation for the resolution is probably twofold, its passage is troublesome for the message it sends Iran.

The Houthis are Shiite radical Islamists who stormed the capital in 2015 and ousted the internationally recognized government of the country. Their slogan is “God Is Great, Death to America, Death to Israel, Curse on the Jews, Victory to Islam.” The Iranian government has heavily invested in ensuring that they maintain power in Sana’a. Saudi Arabia, uninterested in having a Shiite-dominated neighbor, has backed the Sunni government and laid siege to key Yemeni ports controlled by Houthis.

As Iran, champion of Shia Islam, and Saudi Arabia, champion of Sunni Islam, face off in the Middle East, Congress must recognize that anything the U.S. does to help one immediately increases potential success for the other. For the years during the Obama presidency, Iran made great progress in forwarding its objectives. The 2016 election of Trump and his ensuing support to Riyadh halted that advance. After January 3, 2019, it will be the actions of 116th Congress that could determine if that advance continues or not.

For Iran, the presidency of Barack Obama was a gift from Allah. The horribly one-sided agreement (in Tehran’s favor) negotiated by Secretary of State John Kerry’s team was a ticket for the mullahs eventually to legally possess their own nuclear arsenal. It was totally irrational to do this if one keeps in mind the only difference between the Islamic State (ISIS) and Iran is sectarian, as both seek to usher in Islam’s world dominance and that we would never have negotiated such a nuclear deal with ISIS.

The Iranian regime appeared surprised at the end of Obama’s foreign policy when Trump emerged the victor of the 2016 race. With Trump withdrawing from the nuclear agreement and re-imposing sanctions, they recognized difficulties in attaining their international goals lay ahead. However, with the passage of this Senate resolution and its expected passage after a Democrat House majority is sworn in next month, the mullahs may see an opening for the U.S. to remove pressure on their regime.

U.S. support for the Saudi-sponsored war in Yemen became a target for anti-Trumpers in Congress following the murder of Islamist leaning journalist Jamal Khashoggi, which many believe Crown Prince Mohammad bin Salman ordered. The extrajudicial killing of one of the royal family’s most prominent critics gave senators looking for an opportunity to oppose Trump’s continuing support for the Saudis a vehicle with which to do so.

The senators supporting the resolution seem to disregard the fact history shows the greater common threat always necessitates allying our efforts with those who, in a perfect world, we might otherwise choose not to. Such necessity arose in World War II in our alliance with a murderous Josef Stalin, lasting only until a greater common threat, Nazi Germany, could be defeated. Similarly, a few decades later, we worked closely with Ferdinand Marcos, not particularly well known for his observance of human rights, as we needed the use of bases in the Philippines during the Vietnam war.

Sometimes human rights principles can dictate who we ally with; sometimes geopolitics do the dictating. Geopolitics today demand we do everything in our power to help Saudi Arabia meet Iranian aggression every step of the way.
Lt. Colonel James G. Zumwalt, USMC (Ret.), is a retired Marine infantry officer who served in the Vietnam war, the U.S. invasion of Panama and the first Gulf war. He is the author of “Bare Feet, Iron Will–Stories from the Other Side of Vietnam’s Battlefields,” “Living the Juche Lie: North Korea’s Kim Dynasty” and “Doomsday: Iran–The Clock is Ticking.” He frequently writes on foreign policy and defense issues.