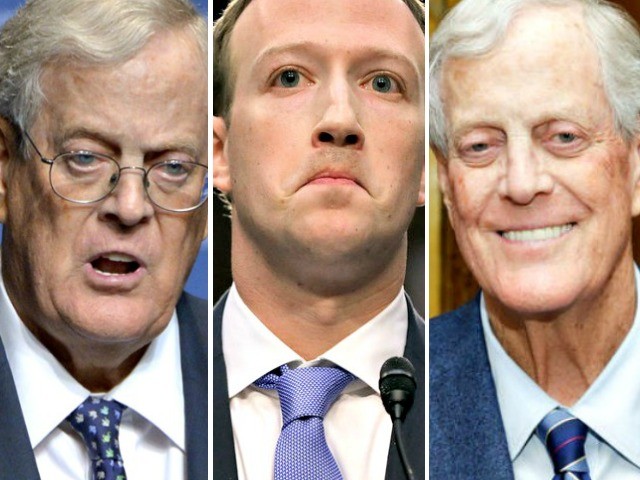 Mark Zuckerberg’s Silicon Valley investors are uniting with the Koch network’s consumer and industrial investors to demand a huge DACA amnesty by February 15.

In a letter to the joint House and Senate committee, which is drafting a 2019 budget for the Department of Homeland Security, the Democrat-aligned Internet investors and the GOP-aligned retail, real estate, and industrial investors jointly declared:

We are joining together now to endorse this approach. The time is right to act. We urge lawmakers and the president to set aside partisan concerns and lead on this important goal immediately.

The two unified blocs of investors and lobbyists, however, face a huge political hurdle — politicians learned from the 2013 “Gang of Eight” amnesty that the vast majority of Americans want to welcome some inflow of legal immigrants, but really do not want to be crowded out of their careers and communities by a flood of cheap workers and welfare-funded consumers.

The DACA amnesty is sought by the investors because it would provide them with firm legal access to roughly three million DACA-eligible domestic consumers and workers. Also, the amnesty would sharply reduce the president’s bargaining power as he tries to get Democrats to reform the nation’s border laws and to reduce the annual inflow of legal immigrants. Also, by pushing for the amnesty, the business groups are distracting media outlets from the economic impact of their economic policies.

NEW: @FWDus joins bipartisan group letter calling for permenant protections for Dreamers. It is time to fix the DACA and TPS crisis! pic.twitter.com/3ERaz1reDQ

In contrast, President Donald Trump’s “Hire American” policy has boosted wages by an average of three percent in 2018, with greater gains going to some categories of blue-collar Americans. Productivity is also rising as companies buy American-made labor-saving technology. The “Hire American” policy has worked by trimming the inflow of refugees and by denying investors’ pleas for amnesties and more visa workers, and it is raising public hopes for more wage growth before the 2020 election.

White-collar Americans have not done as well in Trump’s economy partly because business and Congress oppose any cutbacks in the population of white-collar outsourcing workers, such as H-1B workers. The resident population of 1.5 million college graduate visa workers aids investors by suppressing salaries for Americans who graduate from college with degrees in science, healthcare, business, engineering, design, and software.

Zuckerberg’s FWD.us group, for example, has strongly opposed reforms to the H-1B visa program. It also supports the “country caps” bill that would offer the government-granted prize of citizenship to more Indian and Chinese visa workers who agree to take Americans’ white-collar jobs.

Zuckerberg’s lobbying group was founded by a group of Internet investors, including Microsoft’s Bill Gates. Most of the founders are relatively unknown investors, such as John Doerr, a partner at the investment firm of Kleiner Perkins Caufield & Byers, but they have great influence over Democratic legislators.

The Koch network keeps its membership list secret, but it reportedly includes investors in consumer companies, real estate, and manufacturing. The group has a huge influence over GOP legislators.

The joint lobbying push also includes a series of advocacy groups that seem independent of business donations. But many of these groups, including the Libre Initiative and the National Immigration Forum, receive funding from businesses which are eager for more consumers and cheaper workers.

Committee members are also being pushed to endorse the “country caps” legislation pushed by Rep. Kevin Yoder in 2018. Yoder lost his election in November, partly because American graduates publicly slammed his bill. The legislation would provide the federal reward of fast-track citizenship to hundreds of thousands of Indian and Chinese graduates who agree to take jobs from new American graduates and middle-aged American graduates.