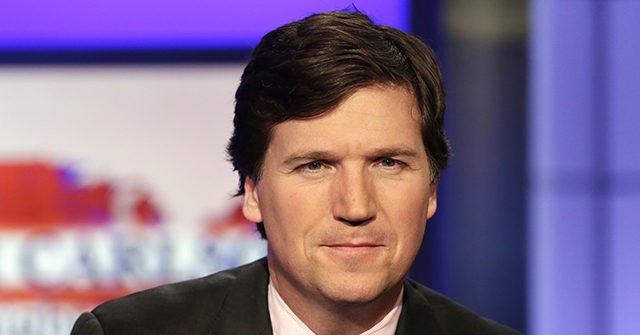 Ryan is a member of the board at Fox News, which can cancel or censure Carlson’s increasingly influential coverage of politics.

Carlson has focused national attention on immigration issues. Those issues include the visa-worker laws which allow Fortune 500 companies to import a foreign workforce into the coastal states, regardless of diverse American professionals’ proven ability to do the jobs, or the heartland cities’ ability to train new workers.

“Dozens of political reporters have the cell phone of a board member of Fox News who spent a career assuring people this was the sort of stuff he wanted to purge from the Republican Party,” said the June 8 tweet from Todd Schulte, the director of FWD.us.

“He has never, ever been on the record so far as I have seen discussing this,” Schulte added.

Breitbart News asked Schulte, “Are you urging reporters to call Paul Ryan in the hope that Ryan will stop Carlson’s criticism of the BLM [Black Lives Matter] movement?”

Carlson’s perspective has brought a large audience to Fox. In May, for example, Carlson had almost 4.6 million viewers — likely including President Donald Trump. In June, Carlson urged Trump to shut down the visa-worker programs.

Zuckerberg’s advocacy group is FWD.us. In 2014, he and other investors formed the group to help pass the “Gang of Eight” amnesty, which failed despite support from then Rep. Ryan. The bill would have dramatically inflated the inflow of blue-collar workers and white-collar college graduates into U.S. jobs, so boosting returns for investors while stalling wage raises for employees.

The founding members of Schulte’s group include two of the wealthiest men in the world, Facebook’s Zuckerberg and Microsoft’s Bill Gates. Both companies employ large numbers of compliant visa workers in place of outspoken American professionals, regardless of anti-discrimination rules in hiring.

The FWD.us group is now funded by a wide variety of West Coast investors who maximize their stock-market gains by driving down the blue-collar and white-collar payroll costs of their startup companies. For example, the group’s members likely gained value when New York allowed illegal immigrants to work as drivers for DoorDash and other delivery companies

The group also includes a series of West Coast and Wall Street investors, such as Stanley Druckenmiller, founder of Duquesne Capital.

Many of the participants favor additional migration. Smith, for example, worked with President George W. Bush’s deputies to expand the Optional Practical Training (OPT) program, which now delivers hundreds of thousands of foreign graduates into the jobs sought by U.S. graduates.

Similarly, Walmart chairman Penner employs a large workforce of imported H-1B, L-1, and OPT white-collar workers, many of whom are imported by subcontractors.

Dozens of political reporters have the cell phone of a board member of Fox News who spent a career assuring people this was the sort of stuff he wanted to purge from the Republican Party. He has never, ever been on the record so far as I have seen discussing this. https://t.co/yl2XVSYrTZ

Here is the full context of Tucker Carlson’s segment last night that is making a lot of people angry: