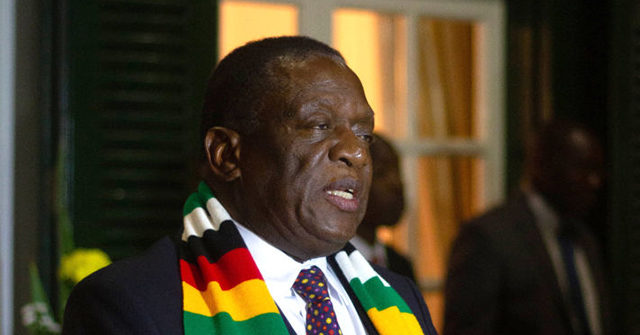 Zimbabweans had planned to peacefully protest this week against the government’s alleged corruption in its handling of funds allocated for coronavirus medical supplies and increasing poverty and hunger in the struggling nation. According to the Daily Maverik, the demonstrations were thwarted by an alleged alliance between the ruling party Zanu-PF and the Zimbabwe Republic Police (ZRP), who deployed security forces to major city streets to prevent Zimbabweans from protesting.

On Thursday, “the ZRP was out in full force” in the cities of Harare and Bulawayo.

“Streets were blocked and random searches of commuters were undertaken. Videos and photographs of the police beating passengers with sticks and arresting some were being shared on networks of human rights defenders monitoring the situation,” the newspaper noted.

The ZRP tried to “round up known human rights activists and journalists” in the cities Thursday, including Mduduzi Mathuthu, an editor of the local online publication ZimLive. Mathuthu’s “home was raided and ransacked,” the Media Institute of Southern Africa said in a statement.

The Daily Maverik confirmed Zimbabwe authorities abducted a member of its staff during Thursday’s crackdown. Tawanda Muchechiwa, an anti-government activist and research assistant for Daily Maverik writer Thandekile Moyo, “was arrested with two other activists and last seen at Bulawayo police station,” although police claimed to have no knowledge of his detention.

“Around 5 pm I received a call from Tawanda who sounded desperate and not ok [or] himself,” Moyo told the newspaper. “Asking to meet me, I asked him where he was and he was incoherent. A lawyer went to [Bulawayo] central [police station] and the ZRP denied having the three [men]. [After] the lawyer was unrelenting [in demanding to see the men the] ZRP then produced the other two [men].”

“The other two [men] allege they were arrested with Tawanda and [say] he was bundled into a different car. He is missing. The police are saying they know nothing about him,” Moyo added.

Activists arrested and detained in Zimbabwe’s overrun jails face serious health risks during their detention amid the ongoing coronavirus pandemic, New Zimbabwe reported Friday. Zimbabwe’s prisons and detention facilities are “often unsanitary, overcrowded, and have no running water in cells for detainees to comply with hygiene practices recommended to stem the spread of the [Chinese coronavirus] disease,” the newspaper writes.

Many detainees — such as whistle-blowing journalist Hopewell Chin’ono, abducted by authorities for reporting on government corruption last week — are forcibly held in pretrial detention facilities where the unsanitary conditions amid the pandemic pose a serious threat to their health.