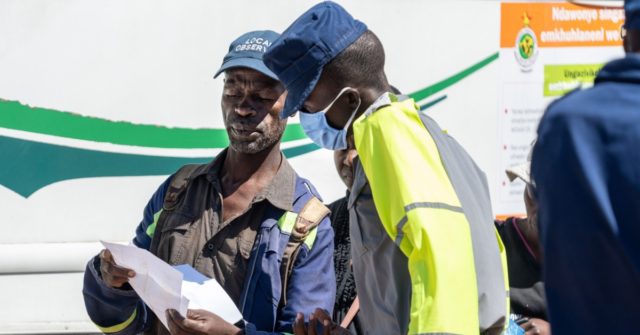 National police spokesman Paul Nyathi confirmed Tuesday’s arrests to the newspaper. Security officials cited a “growing laxity” in people’s adherence to restrictions on movement as the main reason for the high number of arrests over the 24-hour period. Since March 31, law enforcement officials in Zimbabwe have arrested a total of 52,041 people for violating quarantine measures.

According to the report, Zimbabwe police said they are making “special efforts” to track down escapees from coronavirus quarantine centers, a growing problem in the country that poses a major public health risk. On May 29, Zimbabwe police said they were “hunting down” over 100 people who escaped quarantine centers, which the national health minister referred to as “our source of danger” when describing the breakouts at the time.

On Thursday, authorities said 158 people had escaped from quarantine and police had tracked down and arrested 26 of them. Police have also been cracking down on people entering the country illegally and said they had arrested 97 “border jumpers.”

Zimbabwe requires people returning from abroad to enter a 21-day quarantine period at state-run quarantine centers to prevent the spread of coronavirus. Nearly all of Zimbabwe’s new coronavirus cases last week were linked to these quarantine centers. They reportedly hold hundreds of people returning to the country from abroad, sometimes involuntarily. Most of Zimbabwe’s returning travelers left the country seeking work in neighboring South Africa, the regional economic hub, or in Botswana, with which it also shares a border.

“The total number of escapees from various quarantine centers in provinces across the country is now 158,” Nyathi said on Thursday. “Escapees who have been arrested are now 26 following the arrest of a 40-year-old woman who absconded from Vuti Quarantine Center in Mashonaland West. Since May 16, police have arrested 97 border jumpers and smugglers.”

“We continue to urge the public to be health and security conscious and assist the police and other security services in the maintenance of law and order,” Nyathi added.

On Tuesday, Zimbabwe’s government ordered troops and police to reinforce coronavirus lockdown measures in the capital, Harare, amid a recent surge in coronavirus infections which had “more than tripled” to 203 as of June 2, according to national health authorities.