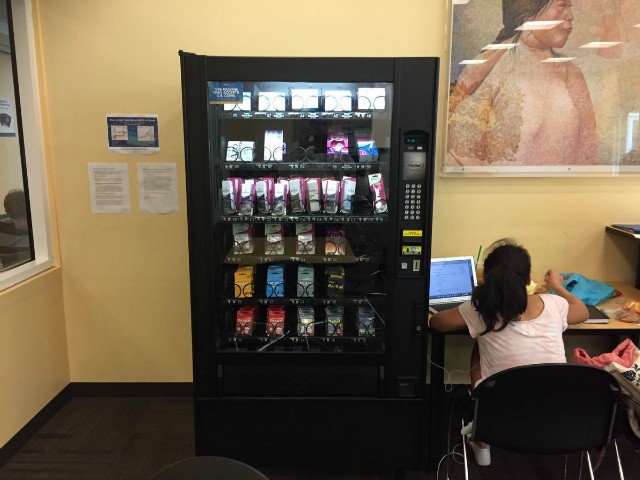 Students at Yale and University of California, Riverside (UCR) will soon be able to obtain the morning-after drug from a campus vending machine after a night of sex.

Yale’s new 24/7 vending machine is being advertised as a “wellness-to-go” feature and will sell the drug Plan B as well as condoms and lubrication. The machine will be installed in Silliman College’s Good Life Center prior to winter break.

“The point of this is to make Plan B more accessible and to make medications in general more accessible,” said Ileana Valdez, a Yale College Council student representative who spearheaded the installation, reports Yale Daily News. “Hopefully this will set a precedent for more machines to show up around campus that contain other things so Yale students don’t have to go out of their way to go to CVS, especially students from the new colleges.”

Student Grace Cheung said purchasing the morning-after drug from a vending machine is more convenient and less of a “humiliating process.”

At UCR, Planned Parenthood’s affiliate on campus distributed a survey in October to students, asking for comments about a vending machine on campus that would dispense Plan B, condoms, tampons, pads, and urinary tract infection and yeast infection drugs.

According to the Highlander, Planned Parenthood Generation Action (PPGA) believes that by installing the vending machines, “students can purchase a wide range of items throughout the day and night without having to worry about store hours and transportation,” or dealing with embarrassment.

Elizabeth Kavianian, a third-year public policy major who spearheaded the effort at UCR, said she views abstinence education as ineffective and that a vending machine dispensing morning-after drugs will encourage safe sex.

“[C]ollege students are at high risk because they face multiple barriers to receive care, like transportation, affordability, and fear of protest or conflict,” she said, adding the project “would enable students to have easy access to materials at an affordable, stigma-free rate.”

“Without comprehensive education and safe access to preventative items, pregnancies and STI rates would surge,” she explained.

A national group of child and adolescent healthcare professionals, however, recently observed that after 40 years of comprehensive sex ed in schools, STDs, in fact, are “surging” and are actually at epidemic levels.

As recently as August, CDC released data revealing the number of cases of STDs had skyrocketed for the fourth consecutive year.

“We are in the midst of an absolute STD public health crisis in this country,” said David Harvey, executive director of the National Coalition of STD Directors.

Of the 20 million new STDs reported each year, about half occur among young people between the ages of 15 to 24.

However, sexual risk avoidance programs – which Kavianian asserted are ineffective – typically operate as authentic public health programs, in that they focus on promoting abstinence in young people as the primary means of preventing public health dangers that are sexually acquired.