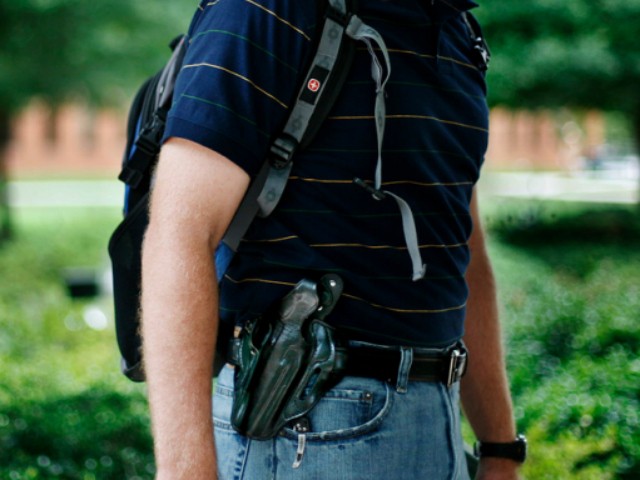 The legislation, House Bill 2519, is titled the Campus Self-Defense Act. It is written to allow the carry of self-defense firearms “on campus and in campus buildings.”

The text of the bill “[acknowledges] that violence against disarmed law-abiding citizens is an increasing, but unnecessary, occurrence.” The bill seeks to curtail that violence by “[reaffirming] a law-abiding citizen’s Second Amendment Right, the right to protect themselves by allowing legally licensed and permitted employees, staff, and students of public universities the right to legally carry a concealed weapon within specified limitations.”

Campus carry is currently the law of the land in 11 states. The National Conference of State Legislatures lists those 11 states as Arkansas, Colorado, Georgia, Idaho, Kansas, Mississippi, Oregon, Texas, Tennessee, Utah, and Wisconsin. It is important to remember that carry laws vary state-to-state. For instance, the Texas law applies to concealed carry permit holders in general, while the Tennessee campus carry law applies only to faculty.

Ohio also allows concealed carry but does not mandate that public colleges and universities allow it. Instead, the Ohio laws “leaves the decision to individual institutions.”