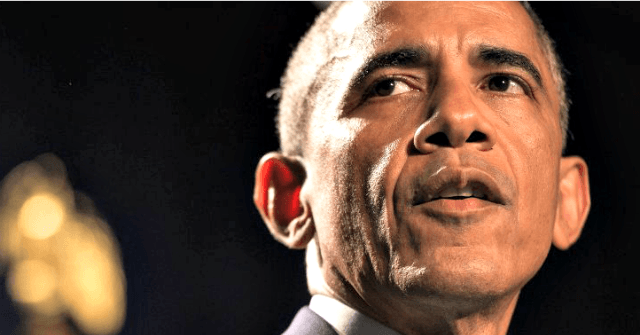 Wall Street Journal assistant editor James Freeman and Sen. Rand Paul are on the same page: the Mueller report confirms it is now time for the Obama administration to account for its flagrant abuse of the surveillance powers of the federal government.

Mueller and the Obama Accounting https://t.co/htsZDRZU8S via @WSJ

While Democrats and other members of the “Resistance” flail about in the wake of news the Robert Mueller investigation did not find evidence that President Donald Trump’s campaign “conspired or coordinated” with the Russian government during the 2016 presidential election, Freeman observed Monday the report confirms it is former President Barack Obama who “owes the country an explanation” for his administration’s “historic abuse of government surveillance powers.”

The Mueller report confirms that the Obama administration, without evidence, turned the surveillance powers of the federal government against the presidential campaign of the party out of power. This historic abuse of executive authority was either approved by President Barack Obama or it was not. It’s time for Mr. Obama, who oddly receives few mentions in stories about his government’s spying on associates of the 2016 Trump campaign, to say what he knew and did not know about the targeting of his party’s opponents.

Paul, a Republican from Kentucky, similarly tweeted it is “time to investigate the Obama officials who concocted and spread the Russian conspiracy hoax!”

Time to investigate the Obama officials who concocted and spread the Russian conspiracy hoax!

Freeman elaborated that it is difficult to imagine, if aware of the scheme, Obama would not have been interested in his Justice Department’s plans to seek information obtained through wiretaps on the Trump campaign.

“Going all the way back to his campaign for a U.S. Senate seat in Illinois, Mr. Obama had aggressively advocated for preventing federal abuse of surveillance powers,” he explained, noting that Obama had decried the USA Patriot Act in 2004 for using the war against terrorism to violate U.S. citizens’ civil liberties.

“It’s time for this lawyer and alleged passionate defender of the Bill of Rights to explain the actions of his overzealous and overreaching executive branch,” Freeman asserted. “If he didn’t find out about the wiretapping until after the fact, when exactly did he learn about it and how did he respond?”

Suggesting that Obama has never shown indication of having bought into the Trump collusion conspiracy theory, Freeman wrote the question  “is why he endorsed or allowed the use of federal surveillance tools against the party out of power – a direct threat to the democratic process that is at the heart of our country’s greatness.”

“Mr. Obama might have room to deny any knowledge of the details of the surveillance abuses, given the story his FBI director told Congress—if anybody could believe that story,” Freeman doubted, and ultimately drew the conclusion that “the absolute bare minimum that Mr. Obama owes this country is an explanation of the actions of his government in spying on a presidential campaign.”