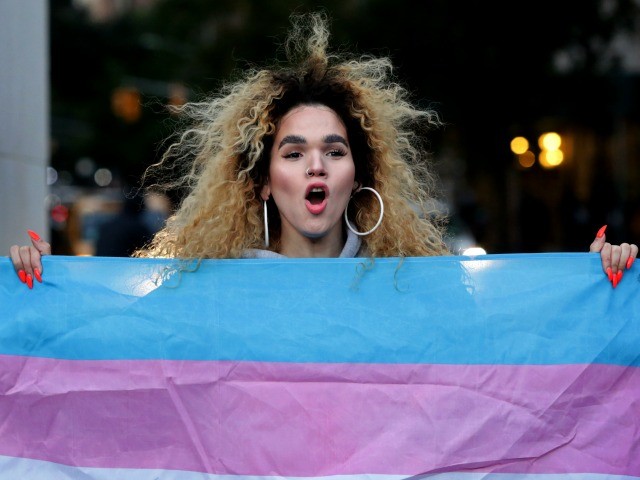 Unlike traditional gender dysphoria, a “psychological affliction that begins in early childhood and is characterized by a severe and persistent feeling that one was born the wrong sex,” writes Abigail Shrier, ROGD is “a social contagion that comes on suddenly in adolescence, afflicting teens who’d never exhibited any confusion about their sex.”

Unlike other social contagions, such as cutting and bulimia, ROGD gets “full support from the medical community” instead of the treatment such contagions deserve, she contends.

“The standard for dealing with teens who assert they are transgender is ‘affirmative care’—immediately granting the patient’s stated identity,” Ms. Shrier writes, when the role of therapists should be to assist their patients in overcoming their unhealthy urges rather than pandering to them.

Gender dysphoria has now become “a fashionable cause,” and clinics routinely give girls testosterone with few questions asked, and with little thought to the sometimes permanent damage that such treatment brings about.

“Planned Parenthood furnishes testosterone to young women on an ‘informed consent’ basis, without requiring any psychological evaluation,” Shrier notes. “Student health plans at 86 colleges—including those of nearly every Ivy League school—cover not only cross-sex hormones but surgery as well.”

Parents who question the wisdom of yielding to their children’s desire to change genders often run up against a wall of contrary public opinion with very little scientific evidence to back it up.

“Nearly every force in society is aligned against these parents,” Shrier says. “Churches scramble to rewrite their liturgies for greater ‘inclusiveness.’ Therapists and psychiatrists undermine parental authority with immediate affirmation of teens’ self-diagnoses. Campus counselors happily refer students to clinics that dispense hormones on the first visit.”

Moreover, parents have a lot to lose by resisting the societal trend. Last February, the parents of a 17-year-old girl lost custody of their daughter for opposing her wish for transgender medical treatments.

At that time, Judge Sylvia Sieve Hendon of Hamilton County, Ohio allowed the girl to be taken into the custody of her grandparents and gave them authority to make decisions that will further along her physical transition to the opposite sex.

Gender identity disorders result principally from cultural causes and modern society is facilitating them, which explains their rapid growth.

A report in early 2018 chronicled an exploding “transgender industry” evidenced by a huge surge in the number of referrals for gender-identity treatment, in some cases increasing by as much as 2800 percent in less than ten years.

Western societies have witnessed a phenomenal rise in the number of persons, especially young people, seeking treatment for gender identity issues, paralleling the attention given to gender theory in communications, medicine, and the entertainment media. In the United States, for instance, the percentage of adults who currently identify as transgender is double what is was just seven years ago.

The surge in transgenderism was not wholly unforeseen, however.

In the year 2000, bioethicist Carl Elliott published a ground-breaking article in the Atlantic Monthly titled “A New Way to be Mad,” which foretold rapid growth in gender-identity issues by comparing them to past psychological epidemics.

“Why do certain psychopathologies arise, seemingly out of nowhere, in certain societies and during certain historical periods, and then disappear just as suddenly?” he asked.

Elliott suggested that psychiatrists and other clinicians helped to create the psychological epidemics in the past “simply by the way they viewed the disorders—by the kinds of questions they asked patients, the treatments they used, the diagnostic categories available to them at the time, and the way these patients fit within those categories.”

His central thesis—backed up by abundant data and persuasive argumentation—was that rapid growth of a particular psychological disorder may often be abetted, if not directly caused, by the very ones who are purportedly treating it, as well as by society at large.

“By regarding a phenomenon as a psychiatric diagnosis,” he noted, “psychiatrists may be unwittingly colluding with broader cultural forces to contribute to the spread of a mental disorder.”

In 2016, the American College of Pediatricians warned educators and legislators that “a life of chemical and surgical impersonation of the opposite sex” is dangerous for children, but there warning has gone largely unheeded.

A statement by the group said that “a person’s belief that he or she is something they are not is, at best, a sign of confused thinking.” This problem exists in the mind and not the body and “it should be treated as such,” they said.