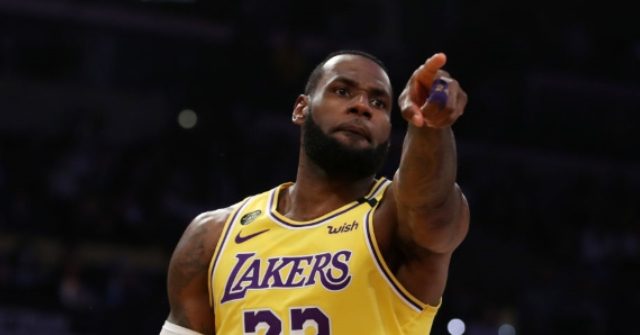 Drew Brees didn’t agree with Colin Kaepernick’s anthem protests in 2016. This week, he announced that he still doesn’t agree with kneeling during the national anthem.

And that did not sit well with LeBron James.

Brees reiterated his stance that he “will never agree with anybody disrespecting the flag.” James took to Twitter on Wednesday to let Brees know that “still” not understanding why Kaepernick had to protest during the anthem.

“WOW MAN!!” James tweeted, with a facepalm emoji. “Is it still surprising at this point. Sure isn’t! You literally still don’t understand why Kap was kneeling on one knee?? Has absolute nothing to do with the disrespect of [the flag] and our soldiers (men and women) who keep our land free. My father-in-law was one of those men who fought as well for this country. I asked him question about it and thank him all the time for his commitment. He never found Kap peaceful protest offensive because he and I both know what’s right is right and what’s wrong is wrong!”

Regardless of Kaepernick’s intentions, it was as clear in 2016 as it is today, that kneeling during the anthem was seen as disrespectful to a lot more people than just Drew Brees. A fact that was made plain to Kaepernick multiple times, though he still neglected to change his method of protest.

Brees reiterated his stance on the protests in response to a report that more NFL players are planning on resuming the kneeling protests in 2020, in light of the death of George Floyd. So, if you were counting on the NFL providing a much needed escape from the pandemic, rampant unemployment, and racial strife, think again.