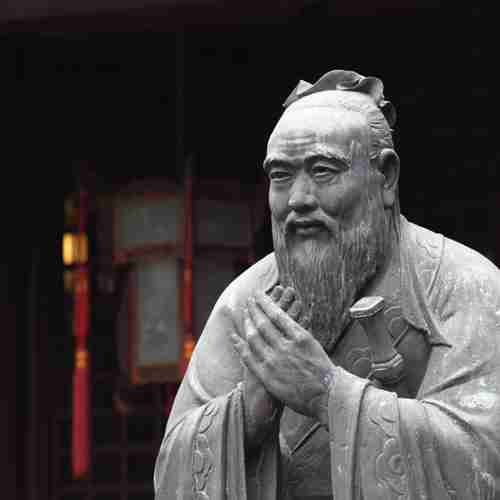 The University of North Florida announced that it will cut ties with the China-funded Confucius Institute on its campus. Others of the approximately 100 colleges and universities hosting Confucius Institutes are considering doing so as well or have already done so.

Ostensibly, Confucius Institutes are apolitical partnerships between American and Chinese universities, giving American students opportunities to learn to speak Chinese or study abroad. But the Chinese themselves say that they serve as “an important part of China’s overseas propaganda” and they also serve as outposts of China’s intelligence and surveillance operations, as FBI Director Christopher Wray testified to the U.S. Senate in February.

The Confucian Institutes are one of the programs of Beijing’s international coercive propaganda agency, the United Front Work Department (UFWD). Every aspect of the Confucian Institutes is tightly controlled by the Hanban agency, a Chinese Communist Party agency. Teachers and teaching materials are all supplied by China. Taiwan and Tibet are portrayed as undisputed territories of China, with no alternate views permitted. The 1989 Tiananmen Square massacre, the one million Uighurs in re-education camps, the human rights abuses in China are all forbidden subjects.

The Pentagon has been working with Confucius Institutes in some colleges, and even co-funding some programs, in order to develop Chinese-speaking students. However, the 2019 National Defense Authorization Act, signed in August, contains provisions barring any U.S. university from using Pentagon resources for any program involving Confucius Institutes. In many cases, this will forces universities to choose between receiving funding the Pentagon and funding from Hanban. Folio Weekly and Washington Post (14-Aug) and Washington Examiner (29-Apr)

Confucius and the roots of China’s imperialism

The Confucian Institutes really have nothing to do with Confucius, but if they were called the “Chinese Communist Propaganda Institutes,” then they would be rejected. However, most Americans associate Confucius with wisdom, or cutesy aphorisms, so the use of the name Confucius Institutes has been a great success for China.

In recent weeks, I have been doing my own research on China’s ancient philosophers, including Confucius, and this is a tentative summary of what I have learned so far.

Confucius lived around 500 BC and was a contemporary of Sun Tzu, who wrote The Art of War, a book that is so popular that it is probably the closest thing that the Chinese have to the Bible.

Sun Tzu was a brilliant war strategist and tactician. From deception to beheadings, every tactic is on the table for winning wars. Compromise or mercy are never possible.

The Shang worshiped a heavenly ancestor called Shangdi (“the Lord on high”), and kings were permitted to rule under the power of this god. When the Zhou defeated the Shang, they replaced (or merged) Shang Di with their own god, Tian, a sky god, a “deity above who rules the Heavens.”

Under the Zhou doctrine, a king is the Son of Heaven and is allowed to rule under a Mandate from Heaven, provided that he rules reverently and virtuously. Thus, if the Zhou defeated the Shang, then the Shang king must have lost his Mandate from Heaven. An excerpt from an ancient history classic is the Zhou explanation of what happened:

We do not presume to know and to say that the lords of Yin (Shang) received Heaven’s Mandate for so many years. … But they did not reverently attend to their virtue and so prematurely threw away the Mandate. … Now our king has succeeded and received the Mandate. … Being king, his position will be that of a leader of virtue. … The Son of Heaven could not properly fulfill his functions unless his moral nature was pure and his conduct above reproach. Heaven could not be served by a tyrant or a debauchee, the sacrifices of such a ruler would be of no avail, the divine harmony would be upset, prodigies and catastrophes would manifest the wrath of Heaven.

Confucius formalized and strengthened this doctrine of Tian and the Mandate from Heaven. He wrestled with the same “theodicy” contradiction that every religion faces: If God created everything, the God created Good and Evil, so how could God be good if God created evil?

For Confucius, this contradiction and its apparent manifestation in the Zhou conquests applies to Tian. He finds that Tian is an absolute power in the universe and he accepts three assumptions:

Since Tian depends on human actors to implement its will, Confucius insists on moral, political, social, and even religious activism. Only through this activism will a society maintain a harmonious order.

When you look at the work of Sun Tzu and Confucius and use their work to analyze modern events, you see that both philosophers lack any idea of a “peace conference” or a “United Nations.” Since the Chinese king was the Son of Heaven and received its Mandate from Heaven to rule, it would not make sense to sue for peace with anyone else, because no one else had the Mandate from Heaven.

But if there is no peace, it is still possible to take advantage of a “peace process.” Sun Tzu said that “All warfare is based on deception” and he advocated the use of deception first and actual war as a last resort.

We might assume that the North Koreans are following the same kind of strategy, with the child dictator Kim Jong-un having received his own Mandate from Heaven. Kim will never denuclearize and treats the peace talks with South Korea and Trump with contempt, but will still use them as tools to provide political pressure to get the sanctions lifted, and make fools of and humiliate the US, as his father did ten years ago. New World Encyclopedia and University of Tennesee and Wolfram Eberhard, History of China

The Sayings and Aphorisms of Confucius

Many people know nothing about Confucius except his sayings, whether or not he actually said them. Many sayings attributed t the philosopher are meant to be funny, but he probably never said them.

However, there is a large body of real Confucius sayings that carry a great deal of wisdom, even though they were written down 15 centuries ago. In fact, many of them have become common sayings. Here are some examples: