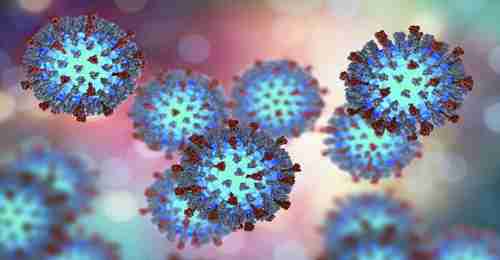 Jewish worshippers at a Friday evening service in a temple near Jerusalem were exposed to a patient suffering from measles. Israel’s government has directed those attending the service to see a doctor immediately and receive the necessary vaccinations. An outbreak of measles has been spreading in Israel since October, and it has being blamed on the failure of thousands of parents to vaccinate their children, particularly among the ultra-Orthodox communities in Jerusalem.

On average, about half of the population in these communities are not immunized. Israel’s Health Ministry is considering new legislation that would penalize parents of children who are not vaccinated for measles and other contagious diseases by the age of one year.

There are 83 known cases of measles in Rockland County, New York, about 25 miles north of New York City. They were spread, among other places, at the Best Buy store in the Palisades shopping center.

There are 18 confirmed cases of measles in Ocean and Passaic counties in New Jersey. More cases are expected since there is a 5-21 day incubation period after exposure and a person is contagious four days before and four days after showing signs of a rash.

The number of measles-related deaths fell 80 percent between 2000 and 2017 and it had been hoped that measles might eventually be entirely eliminated.

But the number of reported cases of measles surged by more than 30 percent from 2016 to 2017. Since not all cases are reported in a timely manner, there may be many more cases – estimated to be 6.7 million.

According to an official from the World Health Organization (WHO), “[W]e risk losing decades of progress in protecting children and communities against this devastating, but entirely preventable disease.”

According to a report issued on Thursday by the Centers for Disease Control (CDC):

Despite this progress, however, the 2015 global milestones have not been achieved; global [first dose vaccination] coverage has stagnated for nearly a decade; global [second dose] coverage is only at 67% despite steady increases; and [supplementary immunization activities] quality was inadequate to achieve >=95% coverage in several countries. Since 2016, measles incidence has increased globally and in five of the six WHO regions. Furthermore, as of July 2018, endemic measles has been reestablished in Venezuela because of the sustained transmission of measles virus for >12 months; the remaining 34 AMR [North/South America] countries continue to maintain their measles elimination status, but the ongoing outbreak in Venezuela has led to measles virus importations and outbreaks in bordering AMR countries. In addition, the measles resurgence in Europe has likely led to reestablished endemic measles in some EUR countries. These outbreaks highlight the fragility of gains made toward global and regional measles elimination goals.

The statement mentions that Venezuela has had its measles elimination certificate withdrawn. This means that measles is now considered to be endemic in Venezuela, where previously it was thought to be on the path to elimination. Socialist Venezuela’s inflation rate is approaching one million percent and many people are no longer able to get food, medicines or medical services, allowing contagious diseases like measles to spread freely.

Measles in other Latin American countries is still on the path to elimination, but over one million refugees have fled from Venezuela to neighboring countries and it is feared that they will rapidly spread measles in these other countries as well.

Other countries that have lost their measles elimination certificates in the last year include Germany and Russia, meaning that measles is spreading in these countries.

The surge in measles is being caused by a stalled rate of vaccination in the last few years.

World health officials are blaming the surge in measles cases on complacency, as measle rates have declined, and on misinformation being spread by the so-called “anti-vax movement,” or “anti-vaxxers” – people who are refusing to allow their children to be vaccinated.

The misinformation comes from a 1995 theory that the measles vaccine causes bowel disease and autism. This theory has long been completely discredited. The measles vaccine has been proven to be both effective and safe.

Measles is highly contagious. In one in 15 cases, measles can cause life-threatening complications including pneumonia, convulsions, and encephalitis. Encephalitis is an inflammation of the brain and can result in death or disability.

Measles can be prevented by receiving two vaccinations, the first at 13 months old and the second at three years and four months to five years old. Centers for Disease Control (CDC) and NPR and WebMD and Daily Mail (London)