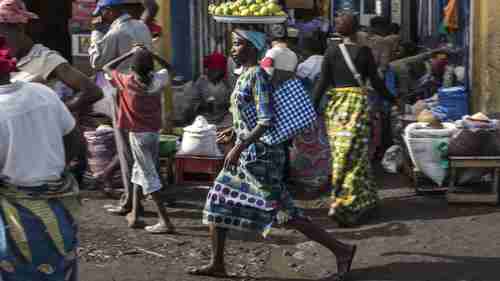 The Ebola outbreak in the Democratic Republic of Congo (DRC) is now the second-largest in history. The current outbreak, declared on August 1, has 471 identified cases of which 423 are confirmed, including 225 confirmed deaths. That is nowhere near the size of the 2014-2016 outbreak that killed more than 11,300 people.

The big difference between the current outbreak and the 2014 outbreak is that an experimental vaccine is available this time, and it seems to be working. Teams of health workers from Doctors Without Borders (Médecins Sans Frontières, MSF) have vaccinated more than 41,000 people so far. It is estimated that without the vaccine, there would already be more than 10,000 Ebola cases in the current outbreak.

The vaccine is used in conjunction with contact tracing. When an Ebola case is suspected, health workers identify the patient’s contacts and their contacts, and all those people are given the vaccine, in case they have been infected.

The current epidemic is centered around the city of Beni in North Kivu province, which is in the middle of a war zone with a population of 400,000. Militias have attacked health workers, making it almost impossible to do the contact tracing necessary to stop the progress of the disease, so it may be 6-12 more months before the current epidemic can be stopped completely.

More worrisome is that the outbreak has been spreading southward and there are now identified cases in the city of Butembo, which has one million residents. Furthermore, new cases are increasing quickly in the eastern suburbs and outlying, isolated districts. In some cases, not all residents of hard-to-reach communities have received the vaccines. Public and private health centers with inadequate infection prevention and control (IPC) practices continue to be major source of amplification of the outbreak.

The greatest concern now is that it will spread further south to the city of Goma, a major population center and regional hub for transportation – air, road, truck – with a population of two million, including the suburbs. No cases of Ebola have been identified in Goma yet.

There may not be enough of the experimental vaccine to service the huge populations in Beni, Butembo and Goma. The current stockpile is 300,000 doses. Merck has a supply of the vaccine, but Merck says that it takes about a year, start to finish, to produce a batch of the vaccine. World Health Organization (WHO) and Australian AP and STAT News

As the Ebola epidemic spreads southward, it has so far remained with DRC. But North Kivu province is on the border with Uganda and South Sudan and tens of thousands of people cross these borders in both directions every day, so it is possible that the disease will spread into those two countries. If it spreads into a transportation hub like Goma, then it may spread even farther into other countries.

Uganda last month announced plans to roll out vaccinations to 3,000 frontline health workers. According to Uganda’s health minister, “We have not waited for the first case to arrive. The vaccination is continuing.”

About 2,160 doses of the Ebola vaccine have been allocated to South Sudan and will be administered to healthcare and frontline workers. The country is on high alert and no confirmed case has been detected as of December 8. World Health Organization (WHO) and New Vision (Uganda)