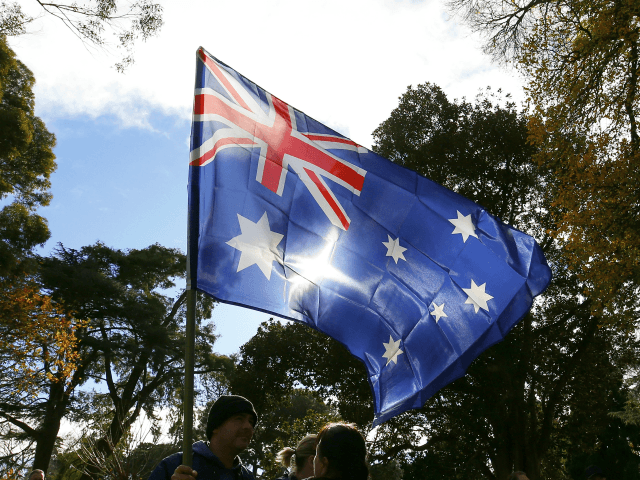 A mixed race woman who has repeatedly assaulted, spat on, and racially abused police officers has been allowed to walk free from court by an Australian magistrate who called her “wonderful”.

20-year-old Leilani Clarke, who describes herself as an Aboriginal activist, was found in an agitated state in Sydney just two days after she had been bailed for another incident in which she had spat at police officers, kneed one in the groin, and called them “white dogs” after they caught her stealing a chicken curry from a 7-Eleven, the Daily Mail reports.

A statement of facts about the latest incident noted that police were “of a firm belief that the accused was affected by an illicit substance” at the time, and that she became aggressive and “started screaming, requesting to speak to an Aboriginal Liaison Officer” when she was told she would be taken to hospital involuntarily.

She then spat on an officer while being secured to a stretcher in what was her fourth run-in with the law in 2018 — as, in addition to her arrest two days previously, she had pleaded guilty to assaulting and obstructing police, drug possession, and being a public nuisance in April, and assaulted a paramedic, spat on a police officer, and screamed “F*** you, white dogs” in March.

Australian Senate Votes Against Motion That ‘It Is Okay To Be White’ https://t.co/UQ3NQ3Tl5Y

Despite Clarke’s repeated pattern of assaulting and racially abusing police officers, however, magistrate Erin Kennedy opted not to punish her, instead expressing great concern for her wellbeing and even heaping praise on her.

“The worst thing we see happening to wonderful people like you who have a great future ahead of them is if you don’t get the proper treatment and you start taking something to self-medicate and we lose you,” the female judge gushed.

“Let’s not see you back in here,” she added, handing her a 10-month ‘good behaviour bond’ and declining to even record a conviction.

Miss Clarke has self-diagnosed herself with “transgenerational trauma” passed down through her Aboriginal genes.

She dropped out of Sunshine Coast University and deferred studies for an environmental science degree earlier in the year, but told the court she had recently completed a hospitality course — prompting another outpouring of acclamation from the judge.

“That all seems amazing but you’ve got to stay on top of your mental health,” she wheedled.

“Do not self-medicate. You need support. Just make sure you say no, you won’t take illicit substances.”