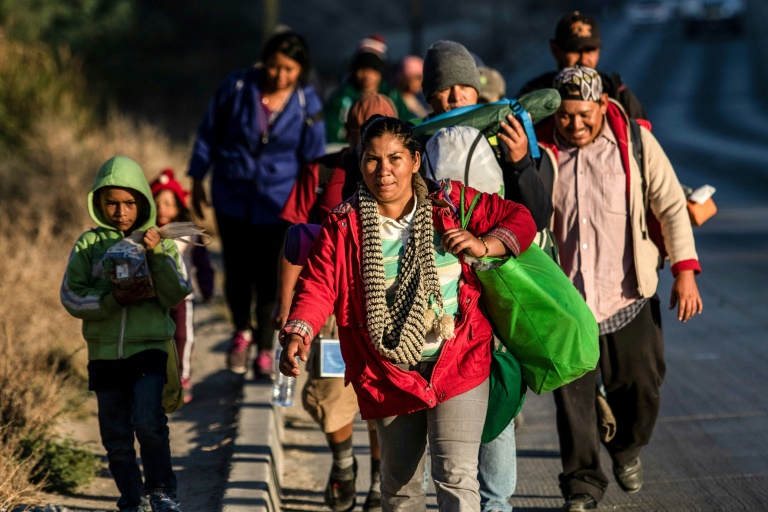 A group of women from the Central American migrant caravan are calling for a hunger strike, asking for faster processing by the U.S. and Mexican authorities. The group plans to demonstrate outside the offices of Mexico’s National Immigration Institute in Tijuana.

The protest is expected to have a group of approximately 10 women who will stop eating if their demands are not met, Mexico’s Frontera.Info reported.

The group is asking for U.S. authorities to expedite their asylum claims as well as asking Mexico to provide visas and other documents. They also demand an end to deporting caravan members.

Buzzfeed’s Adolfo Flores said the protest will be held at the Chaparral border crossing. The port of entry is the same where a group of caravan members tried to rush the U.S. border.

A group of women from the caravan just announced they’re going on a hunger strike in Tijuana to demand immediate Mexican temporary humanitarian visas while they wait for asylum in the US, the US to speed up the asylum process at the border, and stop to deportations of caravaners pic.twitter.com/2yJ6iIhjID

The hunger strike is slated to start at 1pm at the Chaparral border crossing with about 10 women.