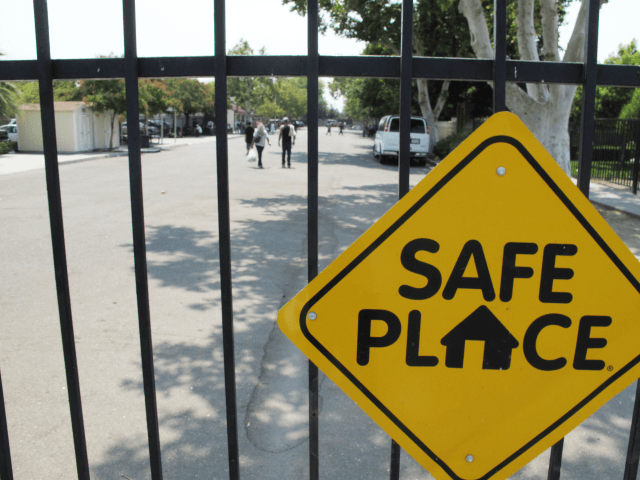 Nine women have filed a lawsuit against a Fresno homeless shelter, accusing the nonprofit of allowing a transgender biological man claiming to be a woman to sexually harass them.

The lawsuit against the Poverello House – one of the largest homeless shelters in the Fresno area – is a “fascinating case,” said attorney Peter Kapetan, who represents the women, reports the Fresno Bee. “[T]here’s a competing interest between women’s rights and LGBTQ rights.”

Kapetan added the case could establish important case law on issues regarding transgender use of gender-specific facilities.

The complaint accuses Poverello House of “negligent infliction of emotional distress” and damages to the women’s civil rights and right to privacy.

According to the lawsuit, each of the nine homeless women were staying at Naomi’s House – part of the shelter’s main campus in Fresno – in November 2017.

The shelter’s rules require all women to shower daily. Though the shelter provides individual shower stalls, the women dress and undress in a common area.

A “male who identifies as female,” and identified in the complaint by his initials, was also residing at Naomi’s House at the time. During the times when the women were dressing and undressing in the common area, the lawsuit claims the biological man made lewd comments to them about their breasts and other body parts. Some of the women charged the man was peering at them in the showers between the cracks in the stalls.

Kapetan said when his clients told the Poverello House about the alleged harassment, staff said they should be more tolerant of transgenders.

“The Poverello House does not ignore any complaints or concerns made by its clients,” Lawrence said, according to the Bee. “The plaintiff’s description of shower protocol is incomplete and therefore inaccurate.”

Kapetan also emphasized the case is basically one about sexual harassment – regardless of the gender identity of the accused.

“As a landlord, and [Poverello] is considered a landlord in this case, you have an obligation not to let your tenants be subjected to sexual harassment,” he said. “[The staff] didn’t take any corrective action. If [the man] was born a woman, we’d file the same lawsuit.”

Kapetan added his clients said the Poverello House told them it could not legally screen the alleged perpetrator.

“These women, when they complained, were chastised and told, ‘You have to respect his decision to identify as female,’” Kapetan said. “It’s this political thinking vs. common sense. They were so nervous about trampling transgender rights that they ironically trampled on women’s rights.”