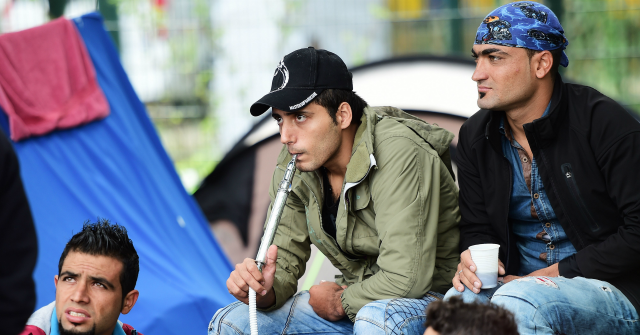 A Belgian woman who invited migrants to set up a makeshift camp in her garden now says she wants them to leave after incidents of aggression and violence.

For nearly two and a half years the Simon-Hody family have allowed migrants wanting to travel to Britain to camp out in their garden in the town of Spy, but now, after a series of incidents, they say they no longer want them there, Sudinfo reports.

The situation in the makeshift camp is said to have deteriorated so much that the family has stopped all aid to the migrants, saying that alcohol and violence led to the camp becoming more and more dangerous by the day, with one family member stating: “We did not feel safe anymore.”

In April, Breitbart London reported on the camp and how many of the neighbours of the family were expressing concern about the presence of the migrants, some going so far as demanding that the police remove them altogether.

Améline, the woman behind the camp, expressed positivity about the site at the time, arguing that while she respected the police they would not be allowed on her private property where up to 100 migrants were staying — although she did note she felt “exhausted”.

Violence in migrant camps is not a new phenomenon. The infamous Calais migrant camp was well-known for violent activity, which included the murder of a 37-year-old Eritrean who was stabbed in the chest in July 2016 and was the eighth person to be killed in the camp that year.

A year later, despite the Jungle having been cleared by French authorities, the violence remained, with Eritreans clashing with Ethiopians and leaving 16 people injured, one in serious condition.

Many of the migrants from the Calais Jungle either headed to Belgium or to Paris where makeshift migrant camps have sprouted in various areas in the French capital including in the 18th arrondissement where residents say they feel “abandoned” by authorities as crime and drugs surge.