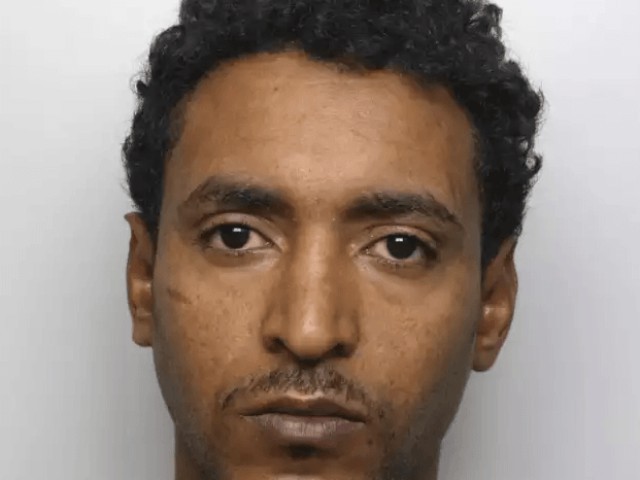 An Eritrean national who was rejected for asylum in Germany has been given a short jail sentence after he violently raped a middle-aged woman who was on her Monday morning walk to work in Leeds.

Filmon Teklay launched his attack near a shut-down pub close to the city centre at 6.15am on September 3rd, when he punched and threatened to kill the woman before sexually assaulting and then raping her, Leeds Crown Court heard.

The victim — a woman in her 50s, who had struggled and screamed for help during the ordeal — said she feels the impact of the violent attack “has taken my life away from me”.

She said in a victim impact statement read to the court by prosecutor Michael Greenhalgh: “I constantly feel stressed and depressed and spend most of my time indoors because I’m too scared to go out and I don’t trust anyone.

“I see that man in my mind every day and what he did to me. “I can’t sleep. I feel dirty and I don’t like myself anymore.”

Mitigating, Michael Walsh said Teklay “expresses genuine sorrow and remorse for his actions”, telling the court that the 29-year-old, who was seeking asylum at the time of the attack, had fled Eritrea in 2015 because he feared he would be conscripted into the army, according to the Yorkshire Post.

The criminal defence lawyer said his client travelled through Sudan and Libya before migrating to Germany, where authorities rejected his application for asylum.

Teklay then came to the UK in December and was being housed by the Home Office at taxpayers’ expense while his asylum claim was processed.

Jailing the Eritrean for six years and three months, Judge Rodney Jameson QC told him: “It will be a matter for the Home Office as to what will happen to you once you are released.

“But the length of the sentence I have had to impose – as I understand the legislation – will mean your automatic deportation.”

Whether or not Teklay is deported, it is likely the sentence means he will serve little more than three years behind bars, as it is standard practice in Britain to release criminals from custody automatically halfway through their prison terms in most cases.

Somali Whose Deportation was Thwarted by Passenger Mutiny Is Gang Rapist Linked to ISIS Fighter https://t.co/90ZQyuyhY4